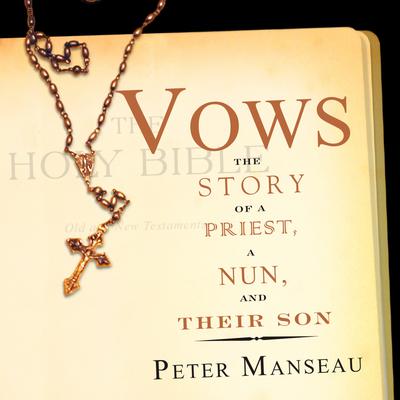 The Story of a Priest, a Nun, and Their Son

The 1950s was a boom time for the Catholic Church in America, with large families of devout members providing at least one son or daughter for a life of religious service. Boston was at the epicenter of this explosion, and Bill Manseau and Mary Doherty — two eager young parishioners from different towns — became part of a new breed of clergy, eschewing the comforts of homey parishes and choosing instead to minister to the inner-city poor. Peter Manseau's riveting evocation of his parents' parallel childhoods, their similar callings, their experiences in the seminary and convent, and how they met while tending to the homeless of Roxbury during the riot-prone 1960s is a page-turning meditation on the effect that love can have on profound faith.

Once married, the Manseaus continued to fight for Father Bill's right to serve the church as a priest, and it was into this situation that Peter and his siblings were born and raised to be good Catholics while they witnessed their father's personal conflict with the church's hierarchy. A multigenerational tale of spirituality, Vows also charts Peter's own calling, one which he tried to deny even as he felt compelled to consider the monastic life, toying with the idea of continuing a family tradition that stretches back over 300 years of Irish and French Catholic priests and nuns.

It is also in Peter's deft hands that we learn about a culture and a religion that has shaped so much of American life, affected generations of true believers, and withstood great turmoil. Vows is a compelling tale of one family's unshakable faith that to be called is to serve, however high the cost may be.