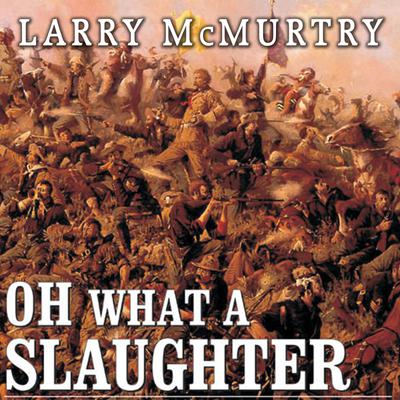 Oh What a Slaughter

Here are the true stories of the West's most terrible massacres—Sacramento River, Mountain Meadows, Sand Creek, Marias River, Camp Grant, and Wounded Knee, among others. These massacres involved Americans killing Indians, but also Indians killing Americans and, in the case of the currently hugely controversial Mountain Meadows Massacre in 1857, Mormons slaughtering a party of American settlers, including women and children. McMurtry's evocative descriptions of these events recall their full horror, and the deep, constant apprehension and dread endured by both pioneers and Indians. By modern standards the death tolls were often small—Custer's defeat in 1876 was the only encounter to involve more than two hundred dead—yet in the thinly populated West of that time, the violent extinction of a hundred people had a colossal impact on all sides. Though the perpetrators often went unpunished, many guilty and traumatized men felt compelled to tell and retell the horror they had committed. Nephi Johnson, one of the participants in the Mountain Meadows Massacre, died crying "Blood, blood, blood!" McMurtry's powerful prose captures the gritty essence of this tumultuous and pivotal era, and the fascinating and remarkable men and women-American and Indian, celebrated and forgotten-who shaped the West, and would kill to keep it.