Rosamund Pike returns with an outstanding narration of The Great Hunt, Book Two of the Wheel of Time, now an original series on Prime Video, starring Rosamund as Moiraine.

In The Great Hunt, the second novel in Robert Jordan’s #1 New York Times bestselling epic fantasy series, The Wheel of Time®, Rand al’Thor and his companions set out to retrieve a powerful magical artifact from The Dark One’s Shadowspawn.

For centuries, gleemen have told the tales of The Great Hunt of the Horn. So many tales about each of the Hunters, and so many Hunters to tell of...

Now the Horn itself is found: the Horn of Valere long thought only legend, the Horn which will raise the dead heroes of the ages.

And it is stolen.

In pursuit of the thieves, Rand al’Thor is determined to keep the Horn out of the grasp of The Dark One. But he has also learned that he is The Dragon Reborn—the Champion of Light destined to stand against the Shadow time and again. It is a duty and a destiny that requires Rand to uncover and master magical capabilities he never imagined he possessed.

Since its debut in 1990, The Wheel of Time® has captivated millions of readers around the globe with its scope, originality, and compelling characters. The last six books in series were all instant #1 New York Times bestsellers, and The Eye of the World was named one of America's best-loved novels by PBS's The Great American Read.

By Robert Jordan and Amy Romanczuk
Patterns of the Wheel: Coloring Art Based on Robert Jordan's The Wheel of Time

ROBERT JORDAN (1948-2007) is best known for his internationally bestselling epic fantasy series The Wheel of Time®, which has sold over 40 million copies in North America and is currently being adapted for the screen. A native of Charleston, Jordan graduated from The Citadel, the Military College of South Carolina, with a degree in physics. He served two tours in Vietnam with the U.S. Army and received multiple decorations for his service.

Rosamund Pike is an Oxford-educated actress whose film credits include Gone Girl, Pride and Prejudice, Die Another Day, An Education, Wrath of the Titans, and The Libertine, for which she won a British Independent Film Award for Best Supporting Actress. Pike has also starred in numerous British television shows and appeared on the London stage in Hitchcock Blonde. Rosamund read William Boyd's Restless for Macmillan Audio. 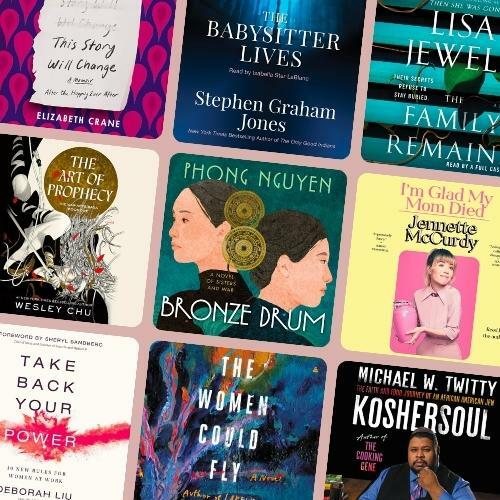 “Jordan has come to dominate the world Tolkien began to reveal....The battle scenes have the breathless urgency of firsthand experience....The evil laced into the forces of good, the dangers latent in any promised salvation, the sense of unavoidable onslaught of unpredictable events bear the marks of American national experience during the last three decades.” —The New York Times

“Adventure and mystery and dark things that move in the night—a combination of Robin Hood and Stephen King that is hard to resist. Furthermore, Jordan makes the reader put down the book regretting the wait for the next title in the series.” —Milwaukee Journal Sentinel

“The Wheel of Time is a fantasy tale seldom equaled and still less often surpassed in English.” —Chicago Sun-Times

“Read by Kate Reading and Michael Kramer, who breathe life into this epic tale.” —Patriot News