A Psalm for the Wild-Built

“Never have we needed Becky Chambers' "hopepunk," sci-fi self-care visions of the future more than now. Part hilarious odd-couple road-trip, part soulful parable for a lost and battered world, A Psalm for the Wild-Built brings all the warmth, comfort, and elusive wisdom of a steaming mug of tea poured by someone who loves you. Take a deep breath, relax your shoulders, and drink it all in.”

“Dex is a monk who dedicates their life to helping and being present for others. But something is missing, and they can't help but answer the call when the voice inside them screams for purpose. A Psalm for the Wild-Built is the perfect example of Becky Chambers' mastery of character creation and development. The emotional responses of her characters, relatable in every respect, demands an equal emotional response from her readers. Becky Chambers is one of those authors whose optimism weaves expertly through stories of hardship and loss. I will never pass by an opportunity visit her incredible worlds. ”

“Imagine a world with many, many cups of tea. Doesn’t this world sound amazing? Doesn’t it calm you just to think of it? Sibling Dex makes people tea as a way of life, but they are still struggling to find meaning in the world. Just when they think they’re about to figure it out by seeking out the supposedly-extinct cricket song, they stumble upon a wild-built robot, Mosscap. Mosscap exudes childlike wonder and an untainted way of seeing the world. Together, Dex and Mosscap exchange thoughtful commentary about humans, other animals, robots, and the role of social constructs in our lives. Reminiscent of the Alchemist set far in another world; it’s a timeless philosophy lesson driven home with dry wit that only a robot can bring to teatime.”

“What do you do when you have everything you could ever need or want, but still aren't satisfied with what your life is? A Psalm for the Wild-Built is a short and sweet odd-couple road trip set in a beautiful world that could be our world — if we wanted it to be.”

"Narrator Emmett Grosland conjures the essence of a troubled soul in search of peace in this gentle audio."—AudioFile Magazine

In A Psalm for the Wild-Built, Hugo Award-winner Becky Chambers's delightful new Monk and Robot series gives us hope for the future.

One day, the life of a tea monk is upended by the arrival of a robot, there to honor the old promise of checking in. The robot cannot go back until the question of "what do people need?" is answered.

But the answer to that question depends on who you ask, and how.

They're going to need to ask it a lot.

Becky Chambers's new series asks: in a world where people have what they want, does having more matter?

A Macmillan Audio production from Tordotcom

Becky Chambers is a science fiction author based in Northern California. She is best known for her Hugo Award-winning Wayfarers series. Her books have also been nominated for the Arthur C. Clarke Award, the Locus Award, and the Women's Prize for Fiction, among others. 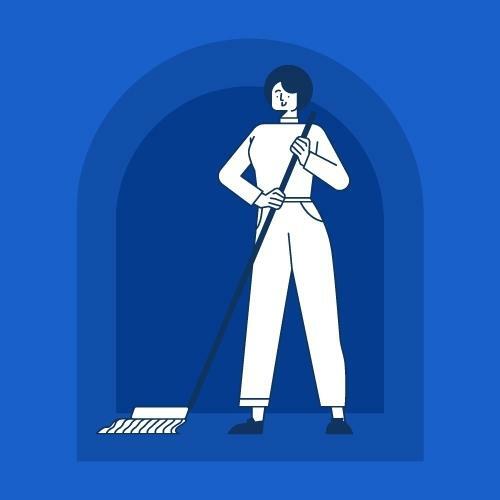 What to Listen to When Cleaning