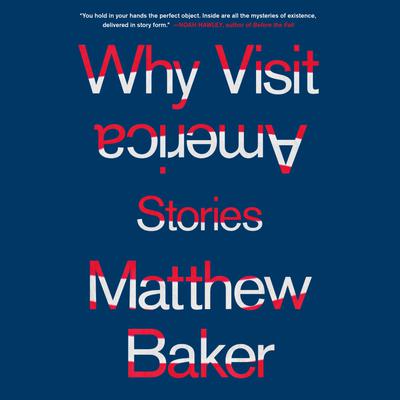 Equal parts speculative and satirical, the stories in Why Visit America form an exegesis of our current political predicament, while offering an eloquent plea for connection and hope.

The citizens of Plainfield, Texas, have had it with the broke-down United States. So they vote to secede, rename themselves America in memory of their former country, and happily set themselves up to receive tourists from their closest neighbor: America. Couldn’t happen? Well, it might, and so it goes in the thirteen stories in Matthew Baker’s brilliantly illuminating, incisive, and heartbreaking collection Why Visit America.

The audiobook opens with a seemingly traditional story in which the speculative element is extremely minimal—the narrator has a job that doesn’t actually exist—a story that wouldn’t seem much out of place in a collection of literary realism. From there the stories get progressively stranger: a young man breaks the news to his family that he is going to transition—from an analog body to a digital existence. A young woman abducts a child—her own—from a government-run childcare facility. A man returns home after committing a great crime, his sentence being that his memory—his entire life—is wiped clean.

As the audiobook moves from universe to universe, the stories cross between different American genres: from bildungsroman to rom-com, western to dystopian, including fantasy, horror, erotica, and a noir detective mystery. Together, these parallel-universe stories create a composite portrait of the true nature of the United States and a Through the Looking Glass reflection of who we are as a country. 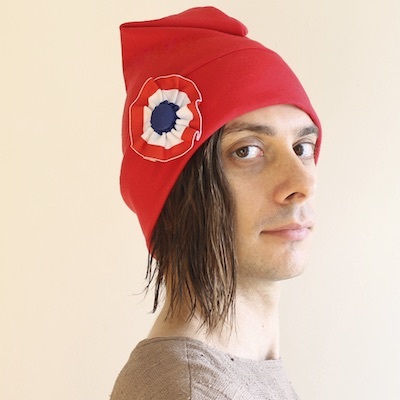 Named one of Variety's "10 Storytellers To Watch," Matthew Baker is the author of the story collection Hybrid Creatures and the Edgar Award-nominated children's novel If You Find This. His fiction has appeared in publications including The Paris Review, American Short Fiction, One Story, Electric Literature, Conjunctions, and Best Of The Net. Born in the Great Lakes region of the United States, he currently lives in New York City.

Check out our Author Interview with Matthew Baker