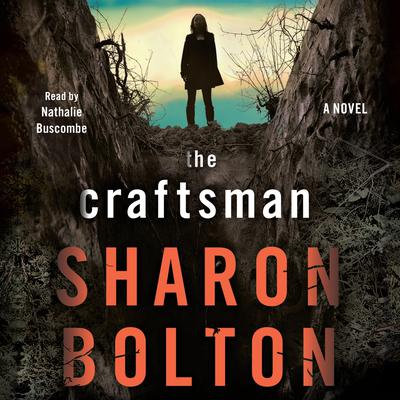 “Sharon Bolton’s latest gothic-tinged crime fiction The Craftsman is set at the edge of the Yorkshire Dales, where the UK’s largest witch trial was held. Assistant Commissioner Florence Lovelady attends the funeral of a child murderer whom she arrested 30 years before, only to find evidence all these years later that the case isn’t closed after all. This promises to be a twisty, chilling read, perfect for the colder, darker nights.”

Sharon Bolton returns with her creepiest standalone yet, following a young cop trying to trace the disappearances of a small town's teenagers.

Florence Lovelady's career was made when she convicted coffin-maker Larry Grassbrook of a series of child murders 30 years ago in a small village in Lancashire. Like something out of a nightmare, the victims were buried alive. Florence was able to solve the mystery and get a confession out of Larry before more children were murdered., and he spent the rest of his life in prison.

But now, decades later, he's dead, and events from the past start to repeat themselves. Is someone copying the original murders? Or did she get it wrong all those years ago? When her own son goes missing under similar circumstances, the case not only gets reopened... it gets personal.

In master of suspense Sharon Bolton's latest thriller, listeners will confirm their deepest fears and meet the only protagonist who can face them.

Praise for The Craftsman:

"The Craftsman is a brilliant blend of rich crime thriller with a hint of the gothic. Dark, disturbing and with women who totally rock, with The Craftsman Sharon Bolton has proven herself to be a master Craftsman herself. Buy it. Read it. Tell your friends. Then sleep with the light on."-- Sarah Pinborough

"Darkly gothic and brilliantly original, The Craftsman will have you spellbound." -- JP Delaney