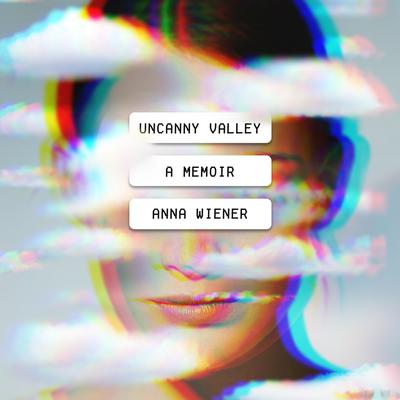 “Like Joan Didion or Renata Adler, Ben Lerner or Sally Rooney, Anna Wiener writes with dead-on specificity, scalpel-sharp analysis, deep sensitivity, and an eye for the absurd. She headed west into the modern gold rush that is the tech boom and now returns with gleaming ingots of insight, weaving tales of a strange land where boy-CEOs ride ripsticks and hoover up your data. An essential and very human look at the forces shaping who we are and how we behave.”

"Narrator Suehyla El-Attar has a strong voice for this memoir of a woman's journey into the mostly male world of tech start-ups in Silicon Valley. She is energetic, funny, and swift while telling the story of Anna Wiener's acculturation from book publishing in Manhattan to the dot-com boom in San Francisco." — AudioFile Magazine

"A definitive document of a world in transition: I won't be alone in returning to Uncanny Valley for clarity and consolation for many years to come." —Jia Tolentino, author of Trick Mirror: Reflections on Self-Delusion

The prescient account of a journey in Silicon Valley: a defining memoir of our digital age.

In her mid-twenties, at the height of tech industry idealism, Anna Wiener—stuck, broke, and looking for meaning in her work, like any good millennial--left a job in book publishing for the promise of the new digital economy. She moved from New York to San Francisco, where she landed at a big-data startup in the heart of the Silicon Valley bubble: a world of surreal extravagance, dubious success, and fresh-faced entrepreneurs hell-bent on domination, glory, and, of course, progress.

Anna arrived amidst a massive cultural shift, as the tech industry rapidly transformed into a locus of wealth and power rivaling Wall Street. But amid the company ski vacations and in-office speakeasies, boyish camaraderie and ride-or-die corporate fealty, a new Silicon Valley began to emerge: one in far over its head, one that enriched itself at the expense of the idyllic future it claimed to be building.

Unsparing and incisive, Uncanny Valley is a cautionary tale, and a revelatory interrogation of a world reckoning with consequences its unwitting designers are only beginning to understand.