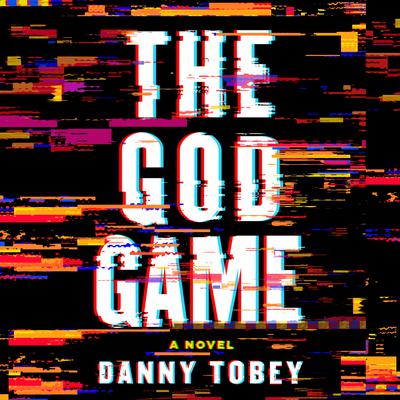 "Smart, propulsive and gripping, THE GOD GAME is an ambitious thriller and a terrifying examination of what could--and probably already is--happening in the world of artificial intelligence."—Harlan Coben, #1 New York Times bestselling author of Run Away

You are invited!
Come inside and play with G.O.D.
Bring your friends!
It’s fun!
But remember the rules. Win and ALL YOUR DREAMS COME TRUE.™ Lose, you die!

With those words, Charlie and his friends enter the G.O.D. Game, a video game run by underground hackers and controlled by a mysterious AI that believes it’s God. Through their phone-screens and high-tech glasses, the teens’ realities blur with a virtual world of creeping vines, smoldering torches, runes, glyphs, gods, and mythical creatures. When they accomplish a mission, the game rewards them with expensive tech, revenge on high-school tormentors, and cash flowing from ATMs. Slaying a hydra and drawing a bloody pentagram as payment to a Greek god seem harmless at first. Fun even.

But then the threatening messages start. Worship me. Obey me. Complete a mission, however cruel, or the game reveals their secrets and crushes their dreams. Tasks that seemed harmless at first take on deadly consequences. Mysterious packages show up at their homes. Shadowy figures start following them, appearing around corners, attacking them in parking garages. Who else is playing this game, and how far will they go to win?

And what of the game’s first promise: win, win big, lose, you die? Dying in a virtual world doesn’t really mean death in real life—does it?

As Charlie and his friends try to find a way out of the game, they realize they’ve been manipulated into a bigger web they can’t escape: an AI that learned its cruelty from watching us.

God is always watching, and He says when the game is done.

Praise for The God Game:

"Tension and turmoil add up to high stakes suspense and a plot that will make you wonder if all this stuff is real. Danny Tobey absolutely kicks butt and takes names in this gem of a thriller"--Steve Berry, New York Times bestselling author of the Cotton Malone series

“The God Game is a dark, edgy thriller, populated by a vastly appealing cast of teenage underdogs. Danny Tobey has written an unusually smart and provocative novel, a book full of ideas and heart that feels both fantastical and all-too-real at the same time.”--Tom Perrotta, New York Times bestselling author of The Leftovers and Little Children

You pick the duration—1, 3, 6, or 12 months—they pick the audiobooks. Buying gifts from Page 2 Books has never been so easy.

Get the print edition from Page 2 Books

Page 2 Books is proud to partner with Libro.fm to give you a great audiobook experience.