A Novel
by Chandler Baker

“It was inevitable that, with the #MeToo movement sweeping America, someone would pen a novel encompassing the realities of working women in our country. What I wasn’t prepared for, however, was the degree to which I’d become involved in Whisper Network, racing home to finish it because I loved the story. I haven’t felt this strength of solidarity with other women since the march in D.C. I closed this book with a resounding, ‘Oh, hell yes!’”

Sloane, Ardie, Grace, and Rosalita have worked at Truviv, Inc. for years. The sudden death of Truviv’s CEO means their boss, Ames, will likely take over the entire company. Each of the women has a different relationship with Ames, who has always been surrounded by whispers about how he treats women. Those whispers have been ignored, swept under the rug, hidden away by those in charge.

But the world has changed, and the women are watching this promotion differently. This time, when they find out Ames is making an inappropriate move on a colleague, they aren’t willing to let it go. This time, they’ve decided enough is enough.

Sloane and her colleagues’ decision to take a stand sets in motion a catastrophic shift in the office. Lies will be uncovered. Secrets will be exposed. And not everyone will survive. All of their lives—as women, colleagues, mothers, wives, friends, even adversaries—will change dramatically as a result.

"If only you had listened to us,” they tell us on page one of Chandler Baker's Whisper Network, “none of this would have happened."

"Narrator Almarie Guerra projects the Southern accent and sassy tone that are needed in this audiobook....Guerra captivates listeners by creating energetic portrayals... This is an intense listen about women who triumph over injustice in the workplace." - AudioFile Magazine

“Don't be fooled by its title. Whisper Network is a primal roar of a novel. Furiously funny and just plain furious, it's as timely as today's headlines and as big-hearted as your best work friend. A fantastic read.” - Riley Sager, New York Times best-selling author of The Last Time I Lied

“Exciting and sprinkled with razor-sharp insights about what it is to be a woman today, Whisper Network is a witty and timely story that will make you cheer for sisterhood.” - Liv Constantine, USA Today bestselling author of The Last Mrs. Parrish

Chandler Baker grew up in Florida, went to college in Pennsylvania, and studied law in Texas, where she now lives with her family and an ever-growing pile of books. Although she loves spinning tales with a touch of horror, she is a much bigger scaredy-cat than her stories would lead you to believe. In addition to the High School Horror series, Chandler is the author of the young adult novel, Alive.

Chandler Baker lives in Austin with her husband and toddler where she also works as a corporate attorney. She is the author of five young adult novels. Whisper Network is her adult debut. 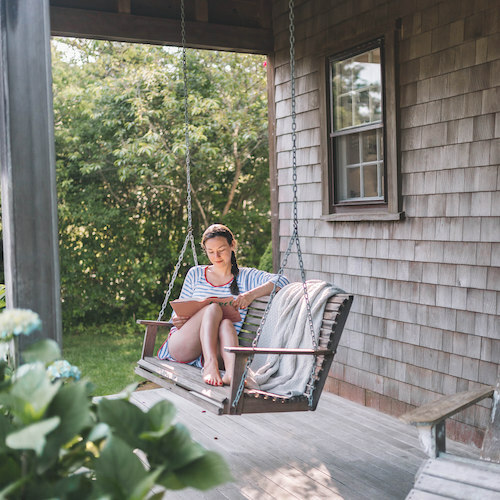