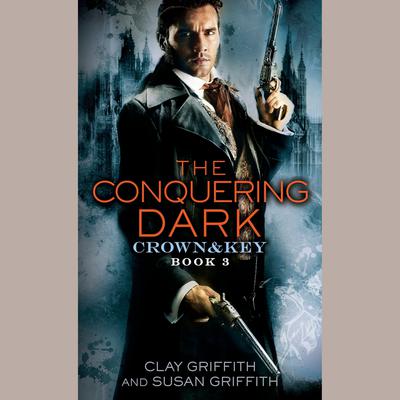 The Crown and Key Society face their most terrifying villain yet: Gaios, a deranged demigod with the power to destroy Britain.

To avenge a centuries-old betrayal, Gaios is hell-bent on summoning the elemental forces of the earth to level London and bury Britain. The Crown and Key Society, a secret league consisting of a magician, an alchemist, and a monster-hunter, is the realm’s only hope—and to stop Gaios, they must gather their full strength and come together as a team, or the world will fall apart.

But Simon Archer, the Crown and Key’s leader and the last living magician-scribe, has lost his powers. As Gaios searches for the Stone of Scone, which will give him destructive dominion over the land, monster-hunter Malcolm MacFarlane, alchemist extraordinaire Kate Anstruther, gadget geek Penny Carter, and Charlotte the werewolf scramble to reconnect Simon to his magic before the world as they know it is left forever in ruins.

Praise for The Conquering Dark

“Yet another fantastic addition to the amazing Crown & Key series . . . I didn’t want the book to end.”—Word Gurgle

“The previous novels, The Shadow Revolution and The Undying Legion, set a high standard that The Conquering Dark not only meets, but surpasses. . . . If you are looking for an exciting fantasy series with memorable characters, look to the Crown & Key trilogy. You won’t be disappointed.”—The Mutt Cafe

“The Conquering Dark is the final book of the Crown & Key trilogy, and it was a wonderful ride! . . . I cannot stress enough how good this series was. It was such a fun read!”—Bibliophage

“The Conquering Dark is the perfect conclusion to the Crown & Key trilogy, although I’m hoping we’ll see more of these characters in future books. Clay and Susan Griffith have crafted an action-packed, steampunk-laced dark fantasy filled with likable and memorable characters. I can’t rave about the Crown & Key series enough!”—Fresh Fiction

“With lovable characters that will leave a lasting impression on you, this series truly is stand out and I can’t recommend it enough.”—My Guilty Obsession

Praise for Clay and Susan Griffith’s The Shadow Revolution

“A fast-paced, action-filled dark fantasy that is just sheer fun to read . . . The Shadow Revolution kicks off the Crown & Key series in spectacular fashion!”—Fresh Fiction

"A thrilling read! Clay and Susan Griffith have crafted a gritty, action-packed Victorian-era fantasy world full of dark creatures, mystery, and magic—a must read for steampunk fans!”—Shawntelle Madison, author of the Coveted series 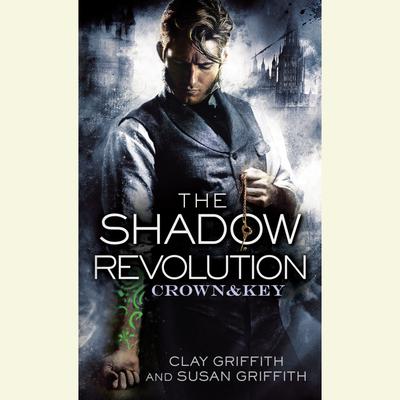 They are the realm’s last, best defense against supernatural evil. But they’re going to need a lot more silver. 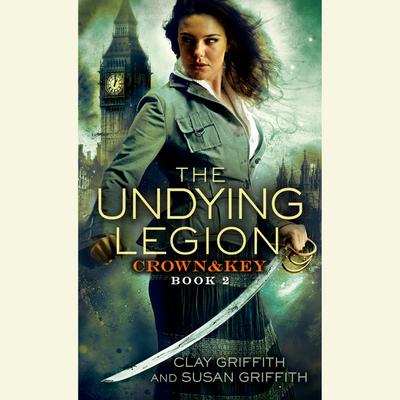 With a flood of dark magic about to engulf Victorian London, can a handful of heroes vanquish a legion of the undead?

The Crown and Key Society face their most terrifying villain yet: Gaios, a deranged demigod with the power to destroy Britain.

To avenge a centuries-old... Read more »