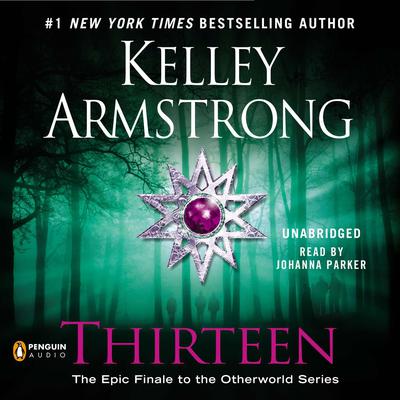 It’s been more than ten years, a dozen installments, and hundreds of thousands of copies since Kelley Armstrong introduced readers to the all-too-real denizens of the Otherworld: witches, werewolves, necromancers, vampires, and half-demons, among others. And it’s all been leading to Thirteen, the final installment, the novel that brings all of these stories to a stunning conclusion.

A war is brewing—the first battle has been waged and Savannah Levine is left standing, albeit battered and bruised. She has rescued her half brother from supernatural medical testing, but he’s fighting to stay alive. The Supernatural Liberation Movement took him hostage, and they have a maniacal plan to expose the supernatural world to the unknowing.

Savannah has called upon her inner energy to summon spells with frightening strength, a strength she never knew she had, as she fights to keep her world from shattering. But it’s more than a matter of supernaturals against one another—both heaven and hell have entered the war; hellhounds, genetically modified werewolves, and all forces of good and evil have joined the fray.

Uniting Savannah with Adam, Paige, Lucas, Jaime, Hope, and other lost-but-not-forgotten characters in one epic battle, Thirteen is a grand, crowd-pleasing closer for Armstrong’s legions of fans. 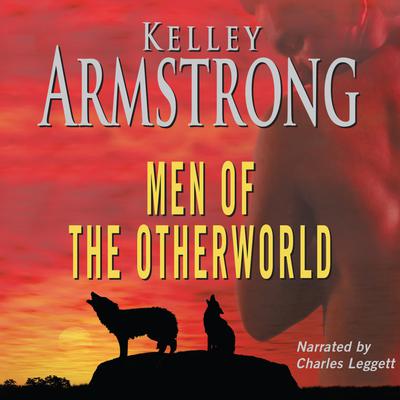 Men of the Otherworld
Kelley Armstrong

Men of the Otherworld

As a curious six-year-old, Clayton didn't resist the bite-he asked for it. But surviving as a lone child-werewolf was more than he could manage-until Jeremy came along, taught him how to straddle the human-werewolf worlds, and introduced him to the Pack. So begins this tantalizing volume featuring three of the most intriguing members of the... Read more » 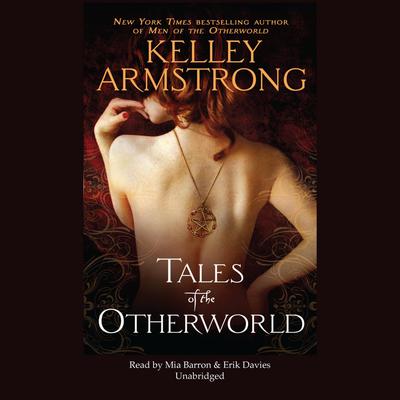 Tales of the Otherworld
Kelley Armstrong

Tales of the Otherworld

Have you ever wondered how lone wolf Clayton Danvers finally got bitten by the last thing he ever expected: love? Or how the hot-blooded bad-girl witch Eve Levine managed to ensnare the cold, ruthless corporate sorcerer Kristof Nast in one of the Otherworld's most unlikely pairings? Now, Otherworld readers can share these moments with some of... Read more » 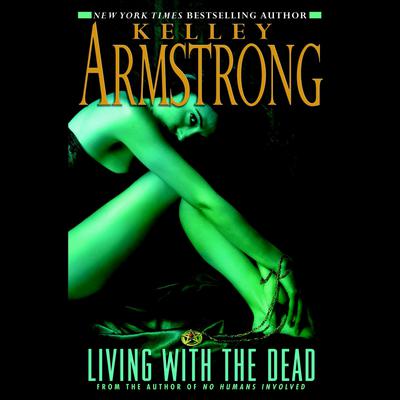 Living with the Dead
Kelley Armstrong

Living with the Dead

Smart, sexy, and supernatural, the men and women of the Otherworld—arealm of witches, ghosts, and werewolves—live unseen among us. For the mostpart, mere mortals never suspect their existence … and that’s the way they wantit. But now a reckless killer has torn down the wall between our worlds,trapping one very vulnerable—and very mortal—woman in... Read more » 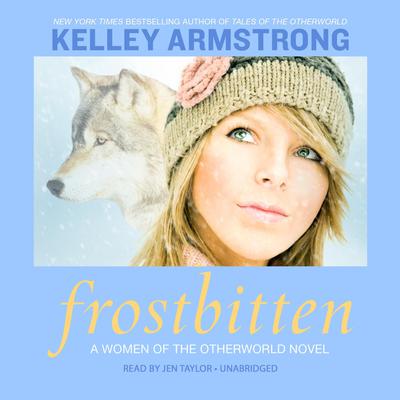 The Alaskan wilderness is a harsh landscape in the best of conditions, but with a pack of rogue werewolves on the loose, it's downright deadly.

Elena Michaels, the Pack's chief enforcer, knows all too well the havoc "mutts" can wreak. When they hear of a series of gruesome maulings and murders outside Anchorage, she and her husband, Clay,... Read more » 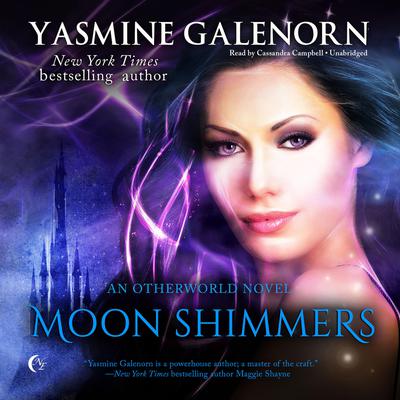 We’re the D’Artigo sisters: savvy half-human, half-fae operatives for the Otherworld Intelligence Agency. My sister Delilah is a two-faced werecat and a Death Maiden. Menolly is a vampire married to a gorgeous werepuma and a vampire prince. And me? I’m Camille, a Moon Witch married to three gorgeous husbands, and I’m about to ascend to the... Read more » 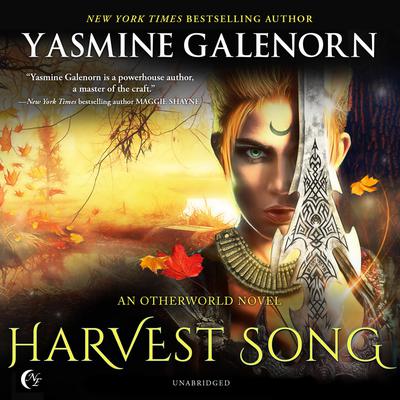 We're the D'Artigo sisters: savvy half-human, half-Fae agents of the Otherworld Intelligence Agency. My sister Camille is the Queen of Dusk and Twilight. Menolly is now a vampire princess. And me? I'm Delilah, a two-faced werecat and the Autumn Lord's only living Death Maiden. Even as Trytian's father maintains the Daemon front raging against... Read more » 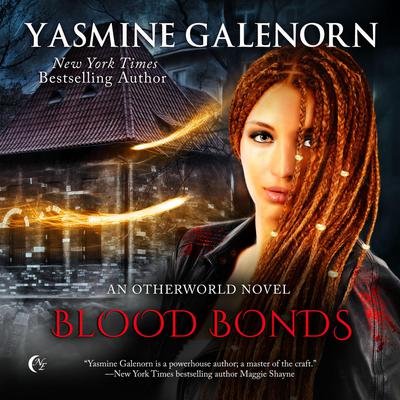 They're the D'Artigo sisters: savvy half-human, half-fae agents of the Otherworld Intelligence Agency. Camille is the Queen of Dusk and Twilight. Delilah is a two-faced werecat and the Autumn Lord's only living Death Maiden. And Menolly is a vampire princess and married to a gorgeous werepuma Amazon. It's been four long years since they first... Read more » 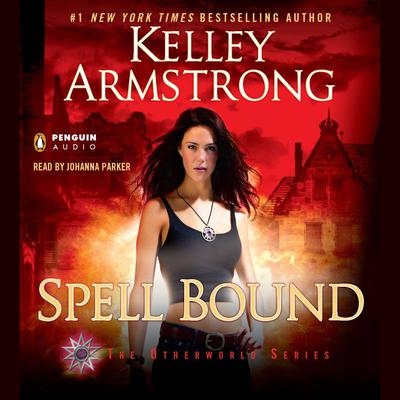 At last, in the novel every Kelley Armstrong fan will need to own, all the major heroines and heroes of Otherworld are united.It's been ten years since Bitten, the first novel in Kelley Armstrong's New York Times bestselling Otherworld series. In that time hundreds of thousands of fans have ravenously devoured the adventures of Armstrong's... Read more » 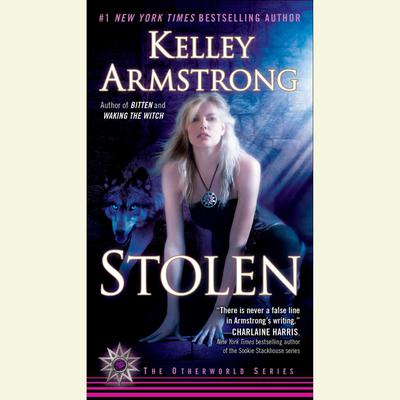 "Armstong is up there with the big girls of the genre like Laurell K. Hamilton..."--Kansas City Star

It was in Bitten, Kelley Armstrong's debut novel, that thirty-year-old Elena Michaels came to terms with her feral appetites and claimed the proud identity of a beautiful, successful woman--and the only living female werewolf. In Stolen, on a... Read more »

It’s been more than ten years, a dozen installments, and hundreds of thousands of copies since Kelley Armstrong introduced readers to the all-too-real denizens of the Otherworld: witches,... Read more » 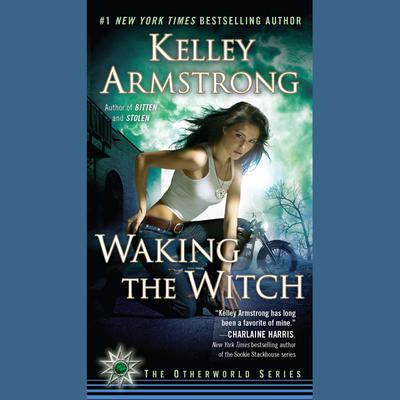 One of the most popular writers of paranormal fiction and the #1 New York Times bestselling author returns with a rollicking new novel in her Otherworld series.At twenty-one, Savannah Levine-orphaned daughter of a notorious dark witch and an equally notorious cutthroat sorcerer-considers herself a full-fledged member of the otherworld. The once... Read more »