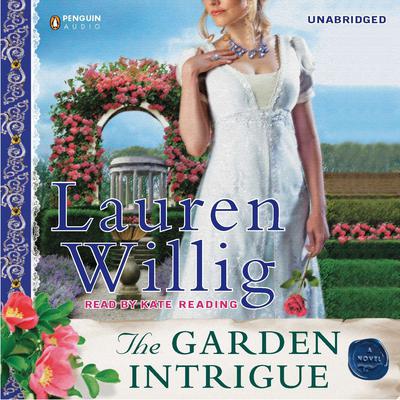 In the ninth installment of Lauren Willig's bestselling Pink Carnation series, an atrocious poet teams up with an American widow to prevent Napoleon's invasion of England.

Secret agent Augustus Whittlesby has spent a decade undercover in France, posing as an insufferably bad poet. The French surveillance officers can't bear to read his work closely enough to recognize the information drowned in a sea of verbiage.

New York-born Emma Morris Delagardie is a thorn in Augustus's side. An old school friend of Napoleon's stepdaughter, she came to France with her uncle, the American envoy; eloped with a Frenchman; and has been rattling around the salons of Paris ever since. Widowed for four years, she entertains herself by drinking too much champagne, holding a weekly salon, and loudly critiquing Augustus's poetry.

As Napoleon pursues his plans for the invasion of England, Whittlesby hears of a top-secret device to be demonstrated at a house party at Malmaison. The catch? The only way in is with Emma, who has been asked to write a masque for the weekend's entertainment.

Emma is at a crossroads: Should she return to the States or remain in France? She'll do anything to postpone the decision-even if it means teaming up with that silly poet Whittlesby to write a masque for Bonaparte's house party. But each soon learns that surface appearances are misleading. In this complicated masque within a masque, nothing goes quite as scripted- especially Augustus's feelings for Emma. 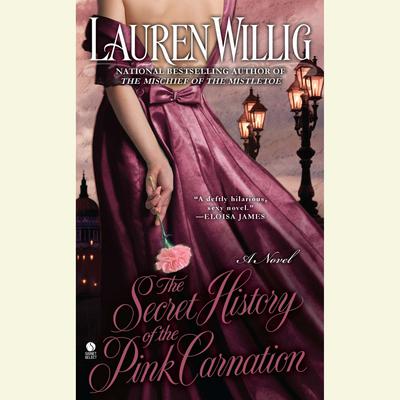 The Secret History of the Pink Carnation
Lauren Willig

The Secret History of the Pink Carnation

Nothing goes right for Eloise. The one day she wears her new suede boots, it rains cats and dogs. When the subway stops short, she’s always the one thrown into some stranger’s lap. Plus, she’s had more than her share of misfortune in the way of love. In fact, ever since she realized romantic heroes are a thing of the past, she’s decided it’s... Read more » 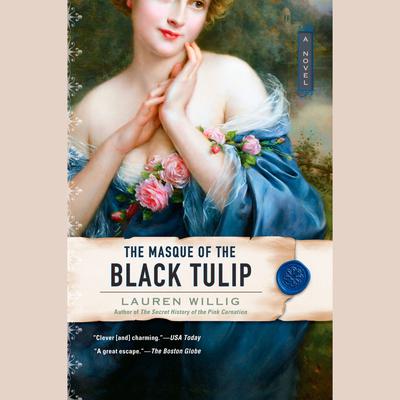 The Masque of the Black Tulip
Lauren Willig

The Masque of the Black Tulip

...But now she has a million questions about the Pink Carnation's deadly French nemesis, the Black Tulip. And she's pretty sure that her handsome onagain, off-again crush, Colin Selwick, has the answers somewhere in his archives. But what she discovers in an old codebook is something juicier than she ever imagined. Read more » 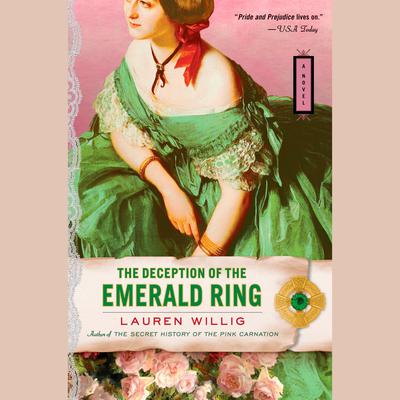 The Deception of the Emerald Ring
Lauren Willig

The Deception of the Emerald Ring

Eloise Kelly has gotten into quite a bit of trouble since she started spying on the Pink Carnation and the Black Tulip-two of the deadliest spies to saunter the streets of nineteenth-century England and France.

Not only has she unearthed secrets that will rearrange history, she's dallied with Colin Selwick and sought out a romantic adventure... Read more » 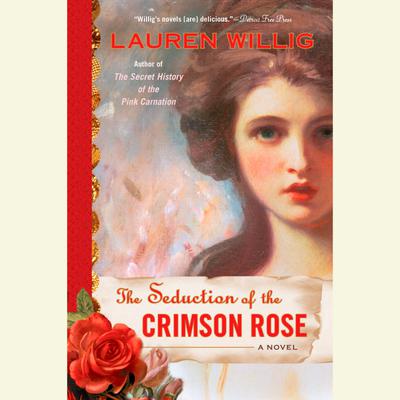 The Seduction of the Crimson Rose
Lauren Willig

The Seduction of the Crimson Rose

Now in paperback - a novel that "handily fulfills its promise of intrigue and romance."
(Publishers Weekly)

Determined to secure another London season without assistance from her new brother-in-law, Mary Alsworthy accepts a secret assignment from Lord Vaughn on behalf of the Pink Carnation. She must infiltrate the ranks of the dreaded French spy,... Read more » 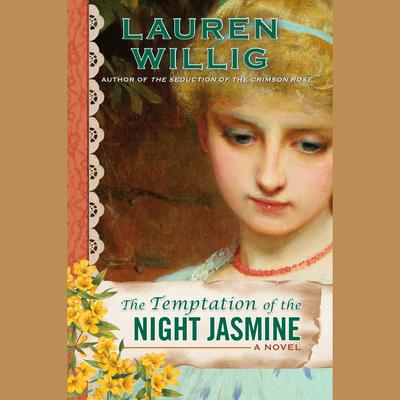 The Temptation of the Night Jasmine
Lauren Willig

The Temptation of the Night Jasmine

After years abroad, Robert, Duke of Dovedale, has returned to England to avenge the murder of his mentor. To uncover the murderer's identity, he must infiltrate the infamous, secret Hellfire Club. But the Duke has no idea... Read more » 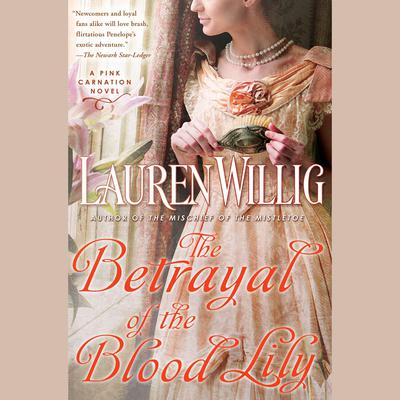 The Betrayal of the Blood Lily
Lauren Willig

The Betrayal of the Blood Lily

The heroines of Lauren Willig's bestselling Pink Carnation series have engaged in espionage all over nineteenth-century Europe. In the sixth stand-alone volume, our fair English heroine travels to India, where she finds freedom—and risk—more exciting than she ever imagined.

Everyone warned Miss Penelope Deveraux that her unruly behavior would... Read more » 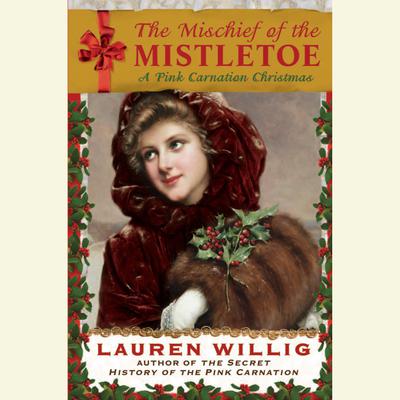 The Mischief of the Mistletoe
Lauren Willig

The Mischief of the Mistletoe

'Tis the season to get Pink! Lauren Willig's beloved Pink Carnation series gets into the holiday spirit with this irresistible Regency Christmas caper. 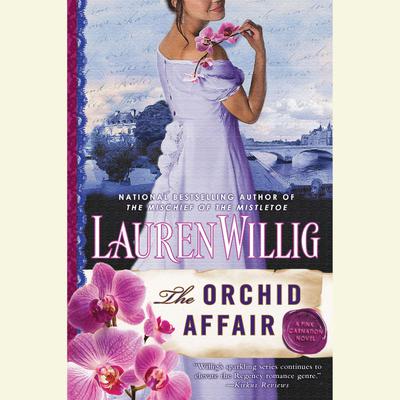 "Pride and Prejudice lives on" (USA Today) in Lauren Willig's Pink Carnation series, which has been hailed for its addictive blend of history, romance, and adventure. In The Orchid Affair, Willig introduces her strongest heroine yet. Laura Grey, a veteran governess, joins the Selwick Spy School expecting to find elaborate disguises and... Read more »

In the ninth installment of Lauren Willig's bestselling Pink Carnation series, an atrocious poet teams up with an American widow to prevent Napoleon's invasion of England. 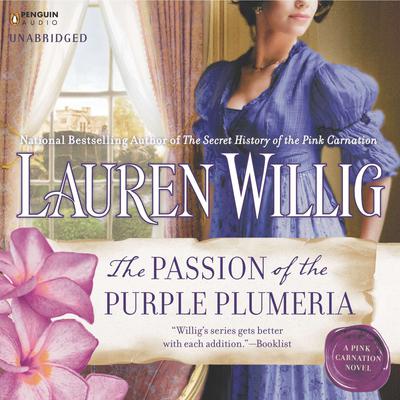 The Passion of the Purple Plumeria
Lauren Willig

The Passion of the Purple Plumeria

Lauren Willig’s Pink Carnation novels have been hailed as “sheer fun”* and “charming.”** Now she takes readers on an adventure filled with hidden treasure and a devilishly handsome English colonel....

Colonel William Reid has returned home from India to retire near his children, who are safely stowed at an academy in Bath.... Read more » 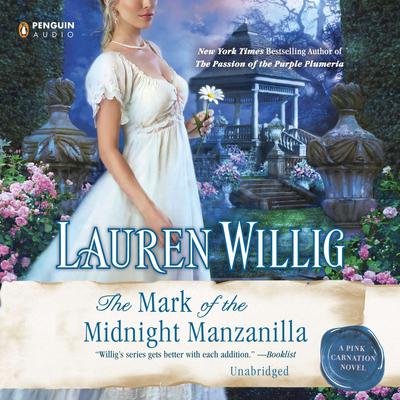 The Mark of the Midnight Manzanilla
Lauren Willig

The Mark of the Midnight Manzanilla

In the latest Pink Carnation novel from national bestselling author Lauren Willig, rumors spreading among the ton turn deadly as a young couple unites to solve a mystery....

In October of 1806, the Little Season is in full swing, and Sally Fitzhugh has had enough of the endless parties and balls. With a rampant vampire... Read more » 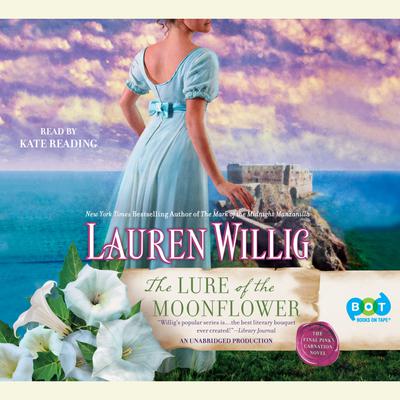 The Lure of the Moonflower
Lauren Willig

The Lure of the Moonflower

In the final Pink Carnation novel from the New York Times bestselling author of The Mark of the Midnight Manzanilla, Napoleon has occupied Lisbon, and Jane Wooliston, aka the Pink Carnation, teams up with a rogue agent to protect the escaped Queen of Portugal.