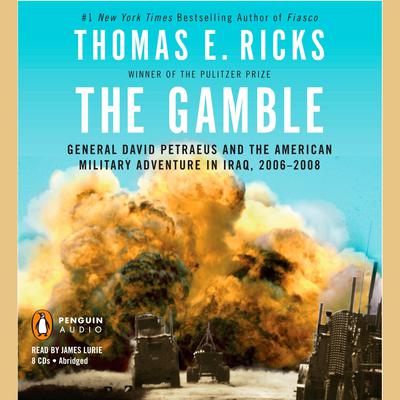 General David Petraeus and the American Military Adventure in Iraq, 2006-2008

Thomas E. Ricks uses hundreds of hours of exclusive interviews with top officers in Iraq and extraordinary on-the-ground reportage to document the inside story of the Iraq War since late 2005 as only he can, examining the events that took place as the military was forced to reckon with itself, the surge was launched, and a very different war began.

Since early 2007 a new military order has directed American strategy. Some top U.S. officials now in Iraq actually opposed the 2003 invasion, and almost all are severely critical of how the war was fought from then through 2006. At the core of the story is General David Petraeus, a military intellectual who has gathered around him an unprecedented number of officers with both combat experience and Ph.D.s. Underscoring his new and unorthodox approach, three of his key advisers are quirky foreigners—an Australian infantryman-turned- anthropologist, an antimilitary British woman who is an expert in the Middle East, and a Mennonite-educated Palestinian pacifist.

The Gamble offers news-breaking account, revealing behind-the-scenes disagreements between top commanders. We learn that almost every single officer in the chain of command fought the surge. Many of Petraeus’s closest advisers went to Iraq extremely pessimistic, doubting that the surge would have any effect, and his own boss was so skeptical that he dispatched an admiral to Baghdad in the summer of 2007 to come up with a strategy to replace Petraeus’s. That same boss later flew to Iraq to try to talk Petraeus out of his planned congressional testimony. The Gamble examines the congressional hearings through the eyes of Petraeus and Ambassador Ryan Crocker, and their views of the questions posed by the 2008 presidential candidates.

For Petraeus, prevailing in Iraq means extending the war. Thomas E. Ricks concludes that the war is likely to last another five to ten years—and that that outcome is a best case scenario. His stunning conclusion, stated in the last line of the book, is that “the events for which the Iraq war will be remembered by us and by the world have not yet happened.”