The Book of Night Women

“This is a tough, but really good, read. And so powerful and well-done. There are so many strong women in this, in their individuality, in their sisterhood, in their strength. I have to admit that I don't often like stories with main female characters or voices written by men, but James really does something remarkable here. This is so impressive.”

Elisa,
Another Read Through

From the author of the National Book Award finalist Black Leopard, Red Wolf and the WINNER of the 2015 Man Booker Prize for A Brief History of Seven Killings

The Book of Night Women is a sweeping, startling novel, a true tour de force of both voice and storytelling. It is the story of Lilith, born into slavery on a Jamaican sugar plantation at the end of the eighteenth century. Even at her birth, the slave women around her recognize a dark power that they—and she—will come to both revere and fear.

The Night Women, as they call themselves, have long been plotting a slave revolt, and as Lilith comes of age and reveals the extent of her power, they see her as the key to their plans. But when she begins to understand her own feelings and desires and identity, Lilith starts to push at the edges of what is imaginable for the life of a slave woman in Jamaica, and risks becoming the conspiracy’s weak link.

Lilith’s story overflows with high drama and heartbreak, and life on the plantation is rife with dangerous secrets, unspoken jealousies, inhuman violence, and very human emotion—between slave and master, between slave and overseer, and among the slaves themselves. Lilith finds herself at the heart of it all. And all of it told in one of the boldest literary voices to grace the page recently—and the secret of that voice is one of the book’s most intriguing mysteries. 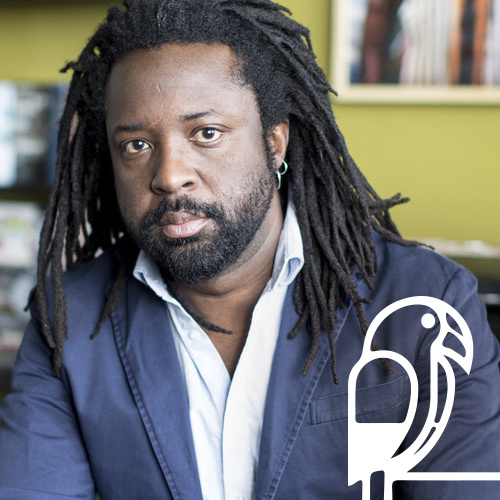 “Both beautifully written and devastating…Writing in the spirit of Toni Morrison and Alice Walker but in a style all his own, James has conducted an experiment in how to write the unspeakable— even the unthinkable. And the results of that experiment are an undeniable success.”
— The New York Times Book Review

“The narrative voice is so assured and the descriptions so detailed and believable that one can’t help being engaged. This is a book to love. . . . The Book of Night Women is hard to pick up, even harder to put down . . . and it deserves to be read.”
— Chicago Tribune

“The Book of Night Women is a searing read, full of blood, tears, and the stench of misery. It’s barbaric and ancient, but also familiar in the ways that people, consumed by their differences and divisions, easily overlook all that binds them— the desire for independence, the right to a civilized life, and the need to give and receive love.”
— The Boston Globe

“The Book of Night Women is not merely a historical novel. It is a book as heavily peopled and dark as the night in this isolated and brutal place. It is a canticle of love and hate.”
— Los Angeles Times

“[Marlon James] has carved strong and compelling female figures out of the harsh landscape of nineteenth-century British-ruled Jamaica . . . The Book of Night Women’s most poignant feature is James’s sensitive and layered treatment of the unlikely romance that blossoms between Lilith and her Irish overseer.”
— The Miami Herald

“When a novel casts a powerful spell, I find myself trying to locate where it got hold of me. I knew The Book of Night Women had me when I started waking at night to worry about its characters. . . . Enslave one people and all are trapped. That familiar concept wears flesh and bone in The Book of Night Women. It stands in the wake of Toni Morrison’s transcendent slave literature, and it holds its own.”
— The Cleveland Plain- Dealer

“James has given us an epic novel of late-eighteenth-century West Indian slavery, complete with all its carnage and brutishness, but one that, like a Toni Morrison novel, whispers rather than shouts its horrors.”
—Time Out New York

“The narrative voice, with its idiosyncratic inflections and storytelling warmth, will pull you into this outsized, marvelous account . . . James re-creates a world and brushes it with an element of the fantastic, but the emotions he conveys are all too real and heartbreaking.”
— Flavorpill

“If you pick up The Book of Night Women, you might lose a little sleep. The second novel from Kingston native Marlon James will have you flipping pages, thirsty for more story, late into the night. . . . Well crafted and beautifully written...it will stay in your mind for weeks to come.”
—BookPage

“The Book of Night Women is a slave narrative, a story of rebellion, and a testament to the human heart in conflict with itself. It is a book of rip and rhythm. Of violence and tenderness. Of the healing glance in all the hatred. It reads like Faulkner in another skin. It is a brave book. And like the best, and most dangerous, of stories, it seems as if it was just waiting to be told.”
—Colum McCann

“Marlon James has written an exquisite, haunting, and beautiful novel, impossible to resist. Like the best of literature, The Book of Night Women deserves to be passed down hand to hand, generation to generation.”
—Dinaw Mengestu

“With The Book of Night Women, Marlon James proves himself to be Jamaica’s answer to Junot Díaz, Edwidge Danticat, and Zadie Smith. James imbues his lively, energetic prose and unforgettable characters with a precocious wisdom about love, race, and history that none of us has ever seen before, but that feels alive, even definitive, as soon as we’ve read it.”
—Colin Channer, author of The Girl with the Golden Shoes

“Pile them up, a Marlon James character says repeatedly, and Marlon does just that. Pile them up: language, imagery, technique, imagination. All fresh, all exciting.”
—Chris Abani, author of The Virgin of Flames and GraceLand

“[An] epic narrative . . . as lyrical as it is hypnotic, even in the most violent passages.”
— The Independent

“A very nearly perfect work; an exquisite blend of form and content. . . . He bestows on the slave account authenticity and authority.”
— The Toronto Globe and Mail
Expand reviews