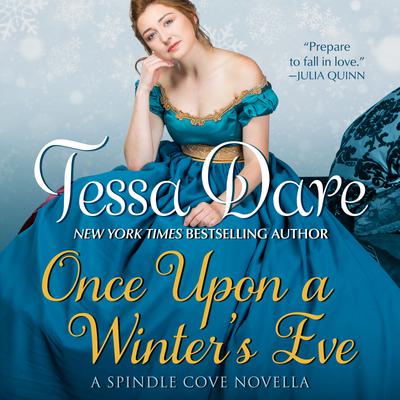 Once Upon a Winter’s Eve

Some wallflowers bloom at night…

Violet is a quiet girl. She speaks six languages, but seldom raises her voice. The gentlemen aren’t beating down her door.

Until the night of the Spindle Cove Christmas ball, when a mysterious stranger crashes into the ballroom and collapses at Violet’s feet. He’s wet, chilled, bleeding, and speaking in an unfamiliar tongue.

Only Violet understands him. And she knows he’s not what he seems.

She has one night to draw forth the secrets of this dangerously handsome rogue. Is he a smuggler? A fugitive? An enemy spy? She needs answers by sunrise, but her captive would rather seduce than confess. To learn his secrets, Violet must reveal hers—and open herself to adventure, passion, and the unthinkable… Love. 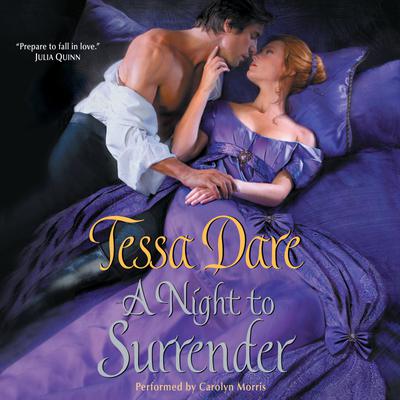 A Night to Surrender
Tessa Dare

A Night to Surrender

Presenting the winner of the Avon FanLit contest, the immensely talented Tessa Dare! Tessa’s first Avon historical romance, A Night to Surrender, is a love story to remember—kicking off her wonderfully... Read more » 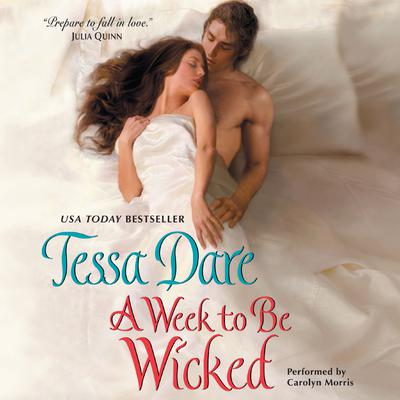 A Week to Be Wicked
Tessa Dare

A Week to Be Wicked

When a devilish lord and a bluestocking set off on the road to ruin . . . time is not on their side.

Minerva Highwood, one of Spindle Cove's confirmed spinsters, needs to be in Scotland.

Colin Sandhurst, Lord Payne, a rake of the first order, needs to be . . . anywhere but Spindle Cove. 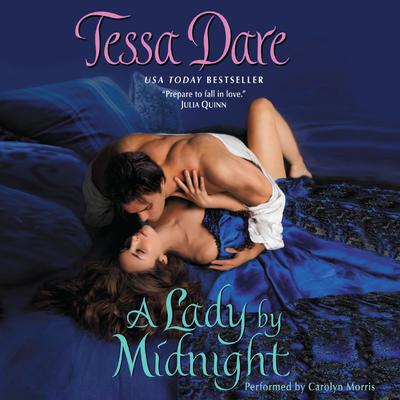 A Lady by Midnight
Tessa Dare

A Lady by Midnight

A temporary engagement, a lifetime in the making . . .

After years of fending for herself, Kate Taylor found friendship and acceptance in Spindle Cove—but she never stopped yearning for love. The very last place she'd look for it is in the arms of Corporal Thorne. The militia commander is as stone cold as... Read more » 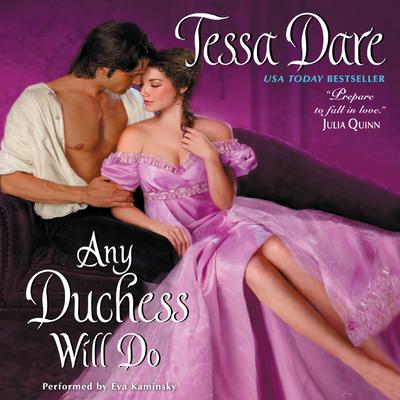 Any Duchess Will Do
Tessa Dare

Any Duchess Will Do

What's a duke to do, when the girl who's perfectly wrong becomes the woman he can't live without?

Griffin York, the Duke of Halford, has no desire to wed this season—or any season—but his diabolical mother abducts him to "Spinster Cove" and insists he select a bride from the ladies in residence. Griff decides to teach her a... Read more »

Once Upon a Winter’s Eve
Tessa Dare

Once Upon a Winter’s Eve

Some wallflowers bloom at night…

Violet is a quiet girl. She speaks six languages, but seldom raises her voice. The gentlemen aren’t beating down her door.

Until the night of the Spindle Cove Christmas ball, when a mysterious stranger... Read more »