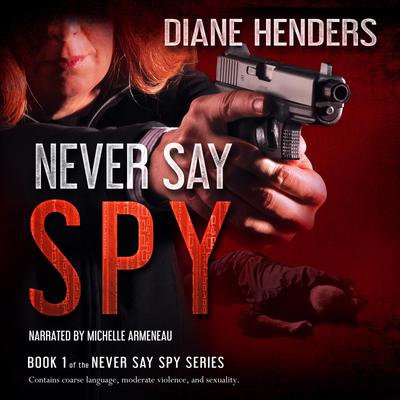 …If a kickass middle-aged bookkeeper got sucked into a spy’s life…
Despite her penchant for weapons and ripe language, Aydan Kelly’s resumé reads ‘bookkeeper’, not ‘badass’. She’s leaving the city to fulfill her dream of rural tranquillity when she gets carjacked by a man who shouldn’t exist.
When RCMP officer John Kane kills her would-be abductor, Aydan thinks her troubles are over. But Kane’s investigation implicates her in an international espionage plot, and criminal charges become the least of her worries when she’s targeted by the very spies Kane suspects her of aiding.
Pity her enemies. Because nobody’s tougher than a middle-aged woman who wants her dream back.
* * *
Contains coarse language, moderate violence, and sexuality. The story can stand alone but will be more enjoyable if read in order.
If Janet Evanovich’s quirky humour met Robert Ludlum’s taut thrillers, the Never Say Spy series would be their love child: racy, fun, and action-packed!
Books in the series:
Book 1: Never Say Spy
Book 2: The Spy Is Cast
Book 3: Reach For The Spy
Book 4: Tell Me No Spies
Book 5: How Spy I Am
Book 6: A Spy For A Spy
Book 7: Spy, Spy Away
Book 8: Spy Now, Pay Later
Book 9: Spy High
Book 10: Spy Away Home
Book 11: The Spies That Bind
More books coming...
Themes: thriller, humorous, racy & risque, mystery, fun, women sleuths, espionage, spy thriller series, women sleuths series, mystery series, amateur sleuths, female protagonist, action-packed, government agents, small towns, technothrillers, series