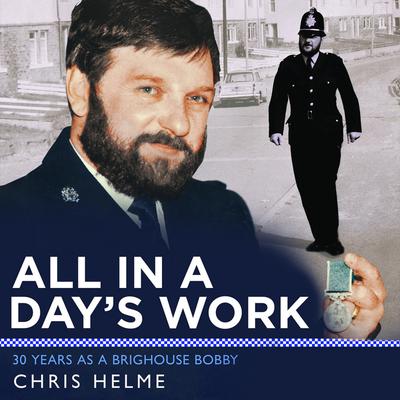 All in a Day's Work

30 Years as a Local Bobby

When he was a child, Chris Helme's relatives often asked him what he wanted to be when he grew up. His response was always the same - a policeman. Growing up in Brighouse, West Yorkshire, in the 1950s, he was brought up with a strong sense of community spirit and deep respect for the local policeman; this fostered his lifelong ambition of becoming a police officer in his home town.

All in a Day's Work recounts Chris Helme's journey to achieving his dream. It was no easy ride; however, the hard work paid off and he was eventually accepted into Leeds City Police. After a turbulent year's service in Leeds, Chris resigned, but he would join Bradford City Police a year later; he continued to experience dramatic incidents and encounter extraordinary people. In 1975, as a member of the West Yorkshire Metropolitan Police and then later renamed as the West Yorkshire Police, PC Helme's dream came true - he was appointed as the policeman not just for his home town, but for the same housing estates he grew up on.

Chris was eventually awarded the British Empire Medal for his services to the community, and this book chronicles that service. As a record of one man's endeavour to succeed. All in a Day's Work is a heart-warming, poignant, and hilarious memoir.