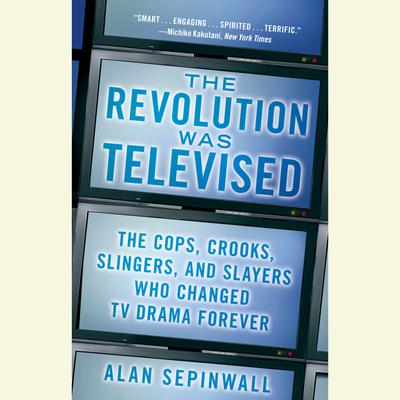 The Revolution Was Televised

A mob boss in therapy. An experimental, violent prison unit. The death of an American city, as seen through a complex police investigation. A lawless frontier town trying to talk its way into the United States. A corrupt cop who rules his precinct like a warlord. The survivors of a plane crash trying to make sense of their disturbing new island home. A high school girl by day, monster fighter by night. A spy who never sleeps. A space odyssey inspired by 9/11. An embattled high school football coach. A polished ad exec with a secret. A chemistry teacher turned drug lord.

These are the subjects of 12 shows that started a revolution in TV drama: The Sopranos. Oz. The Wire. Deadwood. The Shield. Lost. Buffy the Vampire Slayer. 24. Battlestar Galactica. Friday Night Lights. Mad Men. Breaking Bad. These 12 shows, and the many more they made possible, ushered in a new golden age of television, one that made people take the medium more seriously than ever before. Alan Sepinwall became a TV critic right before this creative revolution began, was there to chronicle this incredible moment in pop culture history, and along the way changed the nature of television criticism, according to Slate.

The Revolution Was Televised is the story of these 12 shows, as told by Sepinwall and the people who made them, including David Chase, David Simon, David Milch, Damon Lindelof and Carlton Cuse, Vince Gilligan and more.