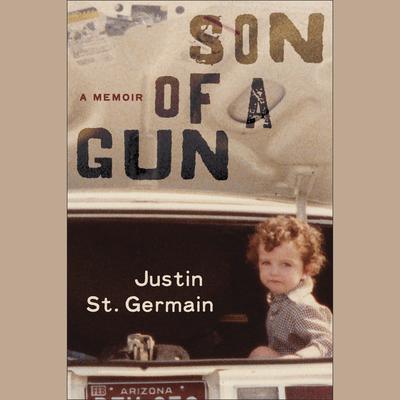 Son of a Gun

In the tradition of Tobias Wolff, James Ellroy, and Mary Karr, a stunning memoir of a mother-son relationship that is also the searing, unflinching account of a murder and its aftermath

Tombstone, Arizona, September 2001. Debbie St. Germain’s death, apparently at the hands of her fifth husband, is a passing curiosity. “A real-life old West murder mystery,” the local TV announcers intone, while barroom gossips snicker cruelly. But for her twenty-year-old son, Justin St. Germain, the tragedy marks the line that separates his world into before and after.

Distancing himself from the legendary town of his childhood, Justin makes another life a world away in San Francisco and achieves all the surface successes that would have filled his mother with pride. Yet years later he’s still sleeping with a loaded rifle under his bed. Ultimately, he is pulled back to the desert landscape of his childhood on a search to make sense of the unfathomable. What made his mother, a onetime army paratrooper, the type of woman who would stand up to any man except the men she was in love with? What led her to move from place to place, man to man, job to job, until finally she found herself in a desperate and deteriorating situation, living on an isolated patch of desert with an unstable ex-cop?

Justin’s journey takes him back to the ghost town of Wyatt Earp, to the trailers he and Debbie shared, to the string of stepfathers who were a constant, sometimes threatening presence in his life, to a harsh world on the margins full of men and women all struggling to define what family means. He decides to confront people from his past and delve into the police records in an attempt to make sense of his mother’s life and death. All the while he tries to be the type of man she would have wanted him to be.

Praise for Son of a Gun

“[A] spectacular memoir . . . calls to mind two others of the past decade: J. R. Moehringer’s Tender Bar and Nick Flynn’s Another Bull____ Night in Suck City. All three are about boys becoming men in a broken world. . . . [What] might have been . . . in the hands of a lesser writer, the book’s main point . . . [is] amplified from a tale of personal loss and grief into a parable for our time and our nation. . . . If the brilliance of Son of a Gun lies in its restraint, its importance lies in the generosity of the author’s insights.”—Alexandra Fuller, The New York Times Book Review

“[A] gritty, enthralling new memoir . . . St. Germain has created a work of austere, luminous beauty. . . . In his understated, eloquent way, St. Germain makes you feel the heat, taste the dust, see those shimmering streets. By the end of the book, you know his mother, even though you never met her. And like the author, you will mourn her forever.”—NPR

“If St. Germain had stopped at examining his mother’s psycho-social risk factors and how her murder affected him, this would still be a fine, moving memoir. But it’s his further probing—into the culture of guns, violence, and manhood that informed their lives in his hometown, Tombstone, Ariz.—that transforms the book, elevating the stakes from personal pain to larger, important questions of what ails our society.”—The Boston Globe

“A visceral, compelling portrait of [St. Germain’s] mother and the violent culture that claimed her.”—Entertainment Weekly