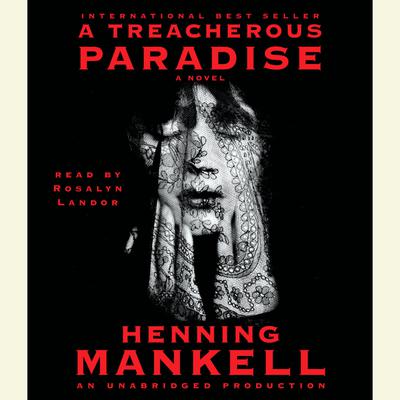 From the internationally acclaimed author of the Kurt Wallander crime novels, a powerful stand-alone novel set in early-twentieth-century Sweden and Mozambique, whose vividly drawn female protagonist is awoken from her naïveté by her exposure to racism and by her own unexpected inner strengths.

Cold and poverty define Hanna Renström’s childhood in remote northern Sweden, and in 1904, at nineteen, she boards a ship for Australia in hope of a better life.  But none of her hopes—or fears—prepares her for the life she will lead. After two brief marriages both leave her widowed, she finds herself the owner of a bordello in Portuguese East Africa, a world where colonialism and white colonists rule, where she is isolated within white society by her profession and her gender, and, among the bordello’s black prostitutes, by her color. As Hanna’s story unfurls over the next several years in this “treacherous paradise,” she wrestles with a devastating loneliness and with the racism she’s meant to unthinkingly adopt. And as her life becomes increasingly intertwined with the prostitutes’, she moves inexorably toward the moment when she will make a decision that defies all the expectations society has of her and, more important, those she has of herself.

Gripping in its drama, evocative and searing in its portrait of colonial Africa, A Treacherous Paradise is, at its heart, a deeply moving story of a woman who manages to wrench wisdom, empathy, and grace from the most unforgiving circumstances.