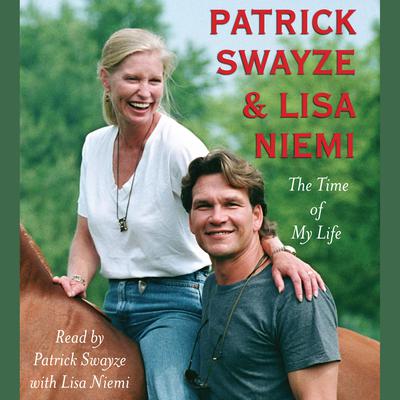 The Time of My Life - Abridged

2010 Audie Award Finalist for Narration by the Author

Now in paperback, the internationally bestselling heartfelt memoir from movie legend Patrick Swayze and his wife of over thirty years, Lisa Niemi, about Patrick’s remarkable career and brave battle against pancreatic cancer.

An entertaining and inspiring behind-the-scenes look at a Hollywood life and a remarkable love, told in the words of beloved actor Patrick Swayze and his wife, Lisa Niemi, shortly before he passed away.

In a career spanning more than thirty years, Patrick Swayze made a name for himself on the stage and screen with his versatility, passion, and fearlessness. Always a fighter, Patrick refused to let the diagnosis of stage IV pancreatic cancer in February 2008 defeat him. Patrick and Lisa’s bravery inspired legions of fans, cancer patients, and their loved ones, yet this memoir, written with wisdom and heart, recounts so much more. Revealed in vivid detail is Patrick’s Texas upbringing, his personal struggles, his rise to fame, and how his soul mate Lisa stood by his side through it all.

The Time of My Life opens the door for families, individuals, and husbands and wives to grow, bond, and discover entirely new levels of love and sharing, proving that life shouldn’t be lived as a series of endings, but rather as the beginning of greater strength and love.