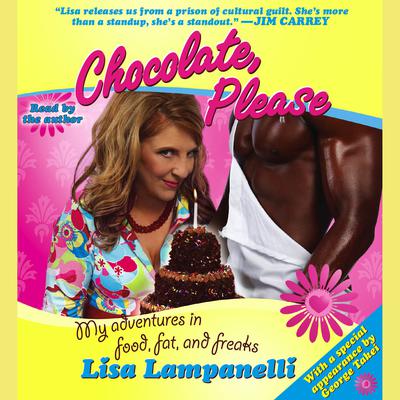 My Adventures in Food, Fat, and Freaks

An inside look at the life of Comedy's Lovable Queen of Mean, Lisa Lampanelli, as she dishes on everything from relationships, food, and fat to why once you go black, you never go back.

In her jaw-droppingly hilarious and politically incorrect memoir, Lisa reveals all -- including the dysfunctional childhood that made her the insult comic she is today, the subject for which she is best known (black men, black men, and more black men), and her hilarious struggles with her addiction to food and hot guys. By telling her story in her very real, very candid, very open way, Lisa tells her audience that it's okay to be yourself, even if it's just one rehab stint at a time. Lisa also takes listeners behind the scenes at the roasts that have marked her comedy career and launched her into the comedy elite, and reveals the important "firsts" in her career, including her first time on her hero's program, The Howard Stern Show.

Chocolate, Please is a side-splittingly funny portrait of the woman behind the award-winning insult comedy.