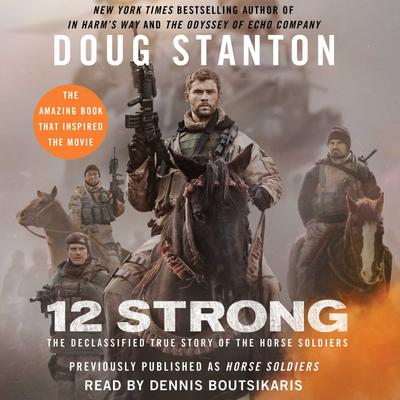 The Declassified True Story of the Horse Soldiers

Now a major motion picture from Jerry Bruckheimer and Lionsgate!

In the weeks following the attacks of September 11, a small band of Special Forces soldiers secretly entered Afghanistan. Riding on horseback, they pursued the Taliban over the stark and mountainous Afghanistan terrain. After a series of intense battles, they captured the strategically essential city of Mazar-i-Sharif.

The bone-weary American soldiers were welcomed as liberators as they rode into the city, and the streets thronged with Afghans overjoyed that the Taliban regime had been overthrown. Then the action took a wholly unexpected turn. During a surrender of six hundred Taliban troops, the Horse Soldiers were ambushed by the would-be POWs. Dangerously overpowered, they fought for their lives in the city’s immense fortress, Qala-i-Jangi, or the House of War. At risk were the military gains of the entire campaign: if the soldiers perished or were captured, the entire effort to outmaneuver the Taliban was likely doomed.

Previously published as Horse Soldiers, 12 Strong “is not just a battle story—it’s also about the home front. An important book” (the TODAY show). A thrilling, inspiring tale of a group of men on horses who did the impossible and an incredible account of real life bravery and heroism in the face of insurmountable odds.