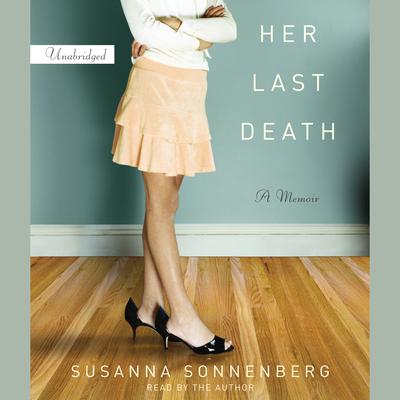 Her Last Death begins as the phone rings early one morning in the Montana house where Susanna Sonnenberg lives with her husband and two young sons. Her aunt is calling to tell Susanna her mother is in a coma after a car accident. She might not live. Any daughter would rush the thousands of miles to her mother's bedside. But Susanna cannot bring herself to go. Her courageous memoir explains why.

Glamorous, charismatic and a compulsive liar, Susanna's mother seduced everyone who entered her orbit. With outrageous behavior and judgment tinged by drug use, she taught her child the art of sex and the benefits of lying. Susanna struggled to break out of this compelling world, determined, as many daughters are, not to become her mother.

Sonnenberg mines tender and startling memories as she tells of her fierce resolve to forge her independence, to become a woman capable of trust, and to be a good mother to her own children. Her Last Death is riveting, disarming and stunningly told.