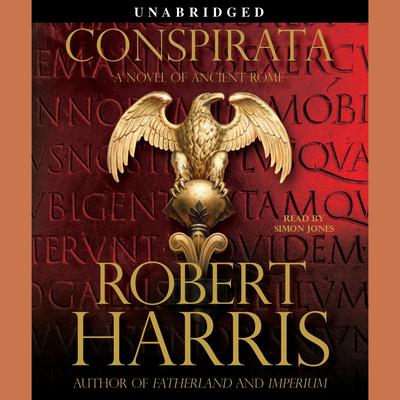 A Novel of Ancient Rome

Conspirata is “a portrait of ancient politics as a blood sport,” raves The New York Times. As he did with Imperium, Robert Harris again turns Roman history into a gripping thriller as Cicero faces a new power struggle in a world filled with treachery, violence, and vengeance.

On the eve of Cicero’s inauguration as consul of Rome, a grisly discovery sends fear rippling through a city already racked by unrest. A young slave boy has been felled by a hammer, his throat slit and his organs removed, apparently as a human sacrifice. For Cicero, the ill omens of this hideous murder only increase his dangerous situation: elected leader by the people but despised by the heads of the two rival political camps. Caught in a shell game that leaves him forever putting out fires only to have them ignite elsewhere, Cicero plays for the future of the republic…and his life. There is a plot to assassinate him, abetted by a rising young star of the Roman senate named Gaius Julius Caesar—and it will take all the embattled consul’s wit, strength, and force of will to stop the plot and keep Rome from becoming a dictatorship.