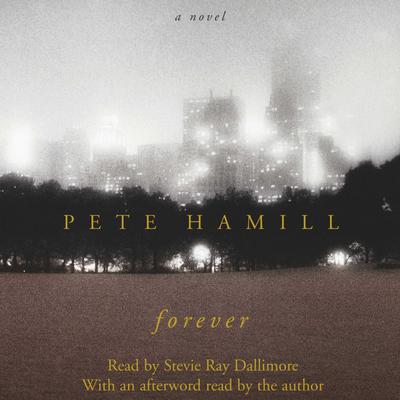 From the bestselling author of Snow in August and A Drinking Life comes this magical, epic tale of an extraordinary man who arrives in New York City in 1740 and remains...forever.

From the shores of Ireland, Cormac O'Connor sets out on a fateful journey to avenge the deaths of his parents and honor the code of his ancestors. His quest brings him to the settlement of New York, seething with tensions between English and Irish, whites and blacks, British and "Americans," where he is swept up in a tide of conspiracy and violence. In return for aiding an African shaman who was brought to America in chains, Cormac is given an otherworldly gift: He will live forever -- as long as he never leaves the island of Manhattan.

Cormac comes to know all the buried secrets of Manhattan -- the way it has been shaped by greed, race, and waves of immigration, by the unleashing of enormous human energies, and above all, by hope.

Through it all, Cormac must fight a force of evil that returns relentlessly in the scions of a single family whose path first crossed his in Ireland. As he searches out these blood enemies, he must watch everyone he touches slip away. And so he seeks the one who can change his fate, the mysterious dark lady who alone can free him from the blessing and the curse of his long life.

Drawing on Pete Hamill's bone-deep knowledge of New York City, Forever is his long-awaited masterpiece, a Shakespearean evocation of the mysteries of time and death, sex and love, character and place. It is both an unforgettable drama and a timeless triumph of storytelling.