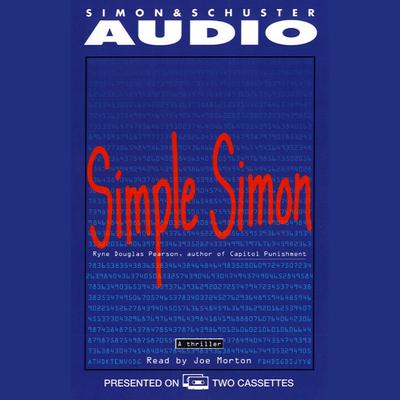 An autistic teenager. A ruthless assassin. An FBI agent who must risk everything to protect an innocent person from a savage.

All three are thrust together when Simon Lynch, a sixteen-year-old savant, unknowingly breaks the newest, most secure code developed by the National Security Agency. Corrupt elements within that government behemoth, determined to protect their creation, send Keiko Kimura, a beautiful and brutal terrorist, after the young man. Only FBI Special Agent Art Jefferson stands between the killer and her prey.

As though they were father and son, the bond between Art and Simon turns out to be as crucial to their survival as Art's decades of experience in the FBI. Together, they must evade their pursuers who track them through cyberspace and dog them at every turn.

The action in Simple Simon never lets up until its final, explosive conclusion.