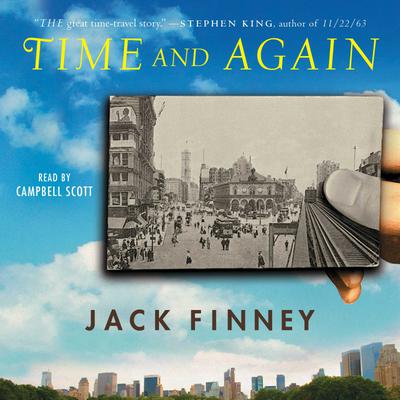 The 50th anniversary edition of the beloved classic that Stephen King has called “THE great time-travel story.” Featuring a brand-new introduction by the New York Times bestselling author of Recursion, Blake Crouch.

When advertising artist Si Morley is recruited to join a covert government operation exploring the possibility of time travel, he jumps at the chance to leave his mundane 20th-century existence and step into the past. But he also has another motivation for going back in time: a half-burned letter that tells of a mysterious, tragic death and ominously of “fire which will destroy the whole world.”

Traveling to New York City in January 1882 to investigate, he finds a Manhattan teeming with a different kind of life, the waterfront unimpeded by skyscrapers, open-air markets packed with activity, Central Park bustling with horse drawn sleighs—a city on the precipice of great things. At first, Si welcomes these trips as a temporary escape but when he falls in love with a woman he meets in the past, he must choose whether to return to modern life or live in 1882 for good.

“Pure New York fun” (Alice Hoffman, New York Times bestselling author), Time and Again is meticulous recreation of New York in the late nineteenth century, exploring the possibilities of time travel to tell an ageless story of love, longing, and adventure. Finney’s magnum opus has been a source of inspiration for countless science fiction writers since its first publication in 1970.