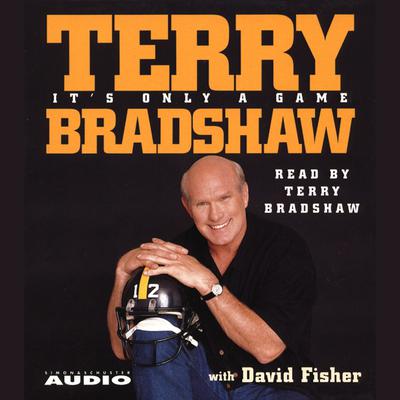 This is the absolutely guaranteed 100% mostly true story of the man who gained sports immortality as the first quarterback to win four Super Bowls. After ending his playing career, he was voted "America's most popular sports broadcaster" in a nationwide vote.
"I had a real job once..." begins a memoir as honest and downright hysterical as Bradshaw himself. From his humble beginnings in Shreveport, Louisiana, to his success as the centerpiece of the highest rated football studio show in television history, Terry has always understood the importance of hard work. A veritable jack-of-all-trades, he has probably held more jobs than any other football Hall of Famer ever, from being a pipeline worker, a youth minister, a professional singer, actor, television and radio talk show host, to one of the nations's most popular speakers.
But let's not forget why so many people know and love Terry Bradshaw: he won four Super Bowls -- and as he will remind you: "I called my own plays." Terry brings the listener into the huddle and describes the game from the bottom of a two-ton pile to the top of the sports world. You'll sit right on the 50-yard line and watch as Terry earns the title: world's greatest bench-warmer. And you'll also hear about the single greatest play in pro footballthe Immaculate Reception -- as he never saw it.
It's Only a Game is the personal account of a great man's search for life before and after football...as only Terry could tell it.