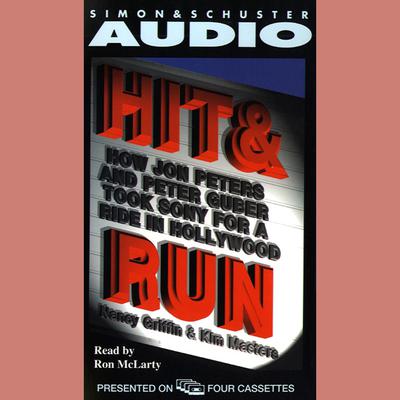 Hit and Run tells the improbable and often hilarious story of how two Hollywood film packagers went on a campaign to reinvent themselves as studio executives -- at Sony's expense. Veteran reporters Nancy Griffin and Kim Masters chronicle the rise of Jon Peters, a former hairdresser, seventh-grade dropout, and juvenile delinquent, and his soulless soul mate, Peter Guber -- and all the sex, drugs, and fistfights along the way. It is the story of the ultimate Hollywood con job and the standard by which every subsequent business blunder has been measured. Hit and Run delivers rock-solid business reporting liberally laced with inside gossip and outrageous scandal -- plus a new afterword bringing us up to date on the latest fallout from the Guber-Peters legacy.