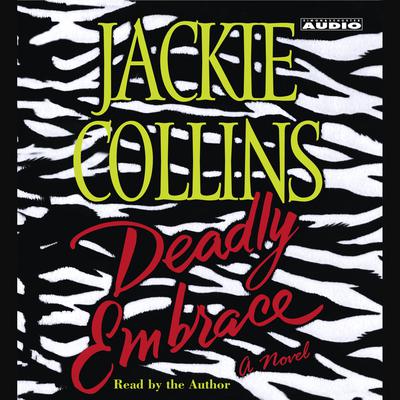 Jackie Collins, international bestselling author, returns with another fast-paced and unforgettable tale of dangerous passion and suspense, both prequel and sequel to her New York Times bestseller Lethal Seduction.
Madison Castelli -- the beautiful, talented and street-smart journalist first introduced in the L.A. Connections series and Lethal Seduction -- is distraught after finding out her father has been keeping secrets from her (and is possibly involved with the mob). Madison flies from New York to L.A. to visit her best friend, Natalie De Barge, a gorgeous black radio personality, but within hours they find themselves caught in a restaurant hold-up, where they are trapped in a life-or-death situation.
Meanwhile, Michael Castelli, Madison's outrageously handsome father, has been accused of two murders and flees to Las Vegas to be with Dani, the ex-showgirl mother of his other two children: Vincent, a Las Vegas hotel and casino owner, and Sofia, a wild eighteen-year-old.
Michael is determined to find the people who set him up and exact his revenge. And, as Madison knows, what Michael Castelli wants, Michael Castelli gets.
Deadly Embrace is full of surprises, excitement, passion and intrigue, a wickedly entertaining read, brimming with the memorably raunchy characters and glamorous settings that readers have come to expect from Jackie Collins.