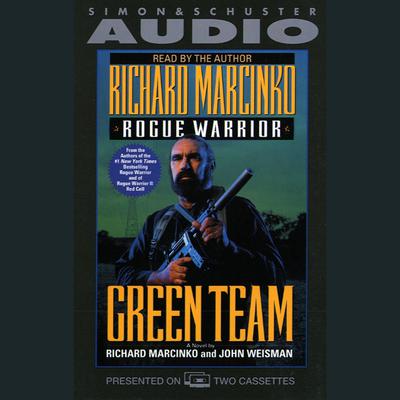 Richard Marcinko’s revelations in his explosive #1 bestselling autobiography, Rogue Warrior, reverberated through the highest levels of the U.S. government. But, bound by government restrictions, he was forbidden to tell the whole story. The answer was fiction. First came Rogue Warrior: Red Cell, the take-no-prisoners bestseller with Marcinko as hero. Now the Rogue Warrior is back and he’s hotter than ever, in a knockout novel of courage and nonstop action.
In Portsmouth, England, an aircraft carrier has been sabotaged, killing the American Chief of Naval Operations, one of the few friends the Rogue Warrior had left in the Navy. Marcinko discovers a holy war is brewing—a violent religious movement, encircling the globe and zeroing in on the West. Defeating that menace will be the supreme test of Marcinko’s Green Team, a top-secret unit operating outside the U.S. military's chain of command. But in Washington, the political wolves select Dick Marcinko as their sacrificial lamb. For the Rogue Warrior it’s time to declare a holy war of his own. The enemy may have the ultimate weapon, but Green Team has Marcinko’s Tenth Commandment of SpecWar: There Are No Rules—Thou Shalt Win at All Cost!