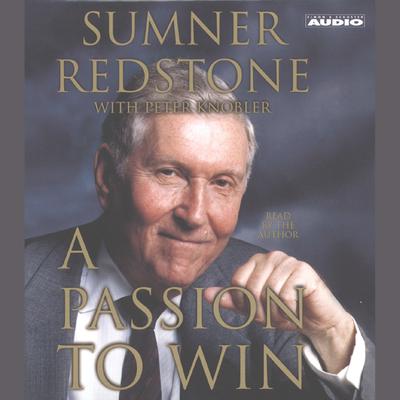 A titan of modern media, Sumner Redstone shares how he became the head of one of the world’s great media empires and one of the richest men in the entertainment business.

In one of the most fascinating and eye-opening business autobiographies written, Sumner Redstone shares the unvarnished story of how he overcame significant obstacles on his trek to build a vast media and entertainment engine.

A Passion to Win gives a riveting look behind the scenes at the highly charged negotiations that won Redstone both Viacom and Paramount, revealing the intense business calculations and strong emotions of Redstone’s head-to-head confrontations with adversaries such as Barry Diller and H. Wayne Huizenga.

In a book that shows readers what it takes to win, Redstone shares the rollercoaster journey that led him to become the head of a wildly successful company and the mind behind the revolution of the video industry.