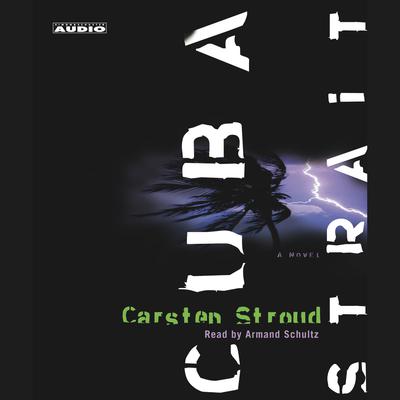 Carsten Stroud -- the bestselling author of Black Water Transit returns with a scorching cocktail of lies, murder, and espionage.
Rick Broca's had more than his share of hard knocks -- which may explain why he's a retired cop at age thirty-three, working as a technical consultant for hollywood producer Jake Siegel. For the last few months, that's meant taking care of Siegel's boat, Cagancho, in the Florida Keys.
But everything changes when Broca rescues a pilot from his downed seaplane during one of Key's notorious storms. Charles Green, injured but alive, is thankful for his good fortune, and Broca takes a liking to him. But is Green who he seems to be?
Questions fill Broca's head as he and Green steer the Cagancho back to Miami. But when they are intercepted by a fishing boat carrying artillery, Rick knows enough to shoot now, and ask questions later. So begins an insidious sequence of events that will ultimately force Rick broca back intoo working for the government, and force U.S. government into an ugly confrontation with Cuba.
With its deadly maze of international espionage and political intrigue, Cuba Strait is a blistering thriller destined to become a breakout bestseller.