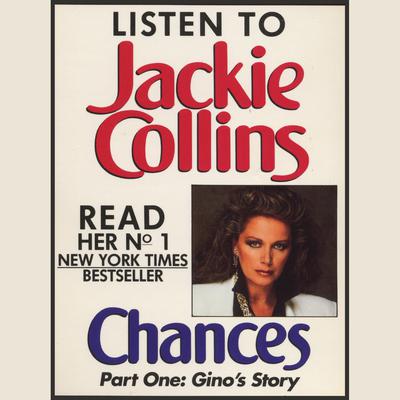 The book that introduced the world to Lucky Santangelo, offered in a special, two-part audio adaptation read by Jackie Collins—the unforgettable saga of the woman who conquered Las Vegas in Lucky and became Hollywood's top Lady Boss, the hot-blooded beauty who millions of readers know as a gambler, a lover, and a woman who's never afraid to take chances.

He started with nothing and built an empire. She was born to bad times and lived through much worse. Orphans and outlaws alike, Gino Satangelo and Carrie Jones were survivors in a harsh, loveless world...a passionate young Italian and an exotic dark beauty whose chance meeting yields a secret that can't be spoken for years to come...

From the luxury of Park Avenue to the early days of Las Vegas, the raw heat of jazz-era Harlem to the brutality of gangland Chicago, the Santangelo saga begins to unfold—a tale of secrets, betrayal, and unbridled lust that sets the stage for one of the most unforgettable heroines that Jackie Collins ever created...the incomparable Lucky Santangelo.

Now in this intimate recording, Jackie Collins takes you further into the fast-lane world of Lucky Santangelo than ever before. Listen for yourself as she delivers a superstar performance that captures all of the passion and breathless suspense that have made her the undisputed queen of glamorous fiction.