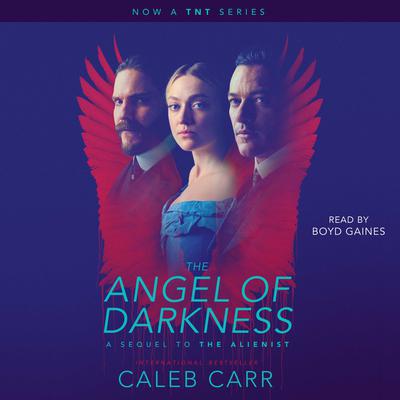 In The Angel Of Darkness, Caleb Carr brings back the vivid world of his bestselling The Alienist but with a twist: this story is told by the former street urchin Stevie Taggert, whose rough life has given him wisdom beyond his years. Thus New York City, and the groundbreaking alienist Dr. Kreizler himself, are seen anew.
It is June 1897. A year has passed since Dr. Laszlo Kreizler, a pioneer in forensic psychiatry, tracked down the brutal serial killer John Beecham with the help of a team of trusted companions and a revolutionary application of the principles of his discipline. Kreizler and his friends -- high-living crime reporter Schuyler Moore; indomitable, derringer-toting Sara Howard; the brilliant (and bickering) detective brothers Marcus and Lucius Isaacson; powerful and compassionate Cyrus Montrose; and Stevie Taggert, the boy Kreizler saved from a life of street crime -- have returned to their former pursuits and tried to forget the horror of the Beecham case.
But when the distraught wife of a Spanish diplomat begs Sara's aid, the team reunites to help her find her kidnapped infant daughter. It is a case fraught with danger, since Spain and the United States are on the verge of war. Their investigation leads the team to a shocking suspect: a woman who appears to the world to be a heroic nurse and a loving mother, but who may in reality be a ruthless murderer of children.
Fast-paced and chilling, The Angel Of Darkness is another tour de force from Caleb Carr, a novel of modern evil in old New York.