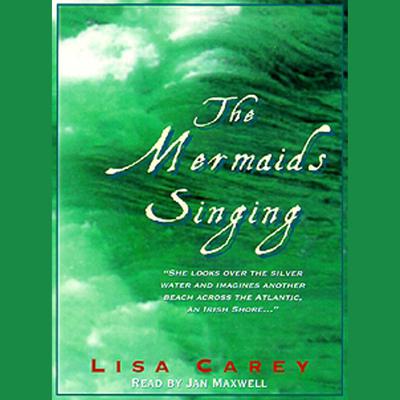 There is an island off the west coast of Ireland called Inis Muruch--the Island of the Mermaids--a world where myth is more powerful than truth, where the sea sings with the healing and haunting voices of women, and where death is never as strong as the redemptive power of family and love. It is here that Lisa Carey sets her lyrical and sensual first novel, weaving together the voices and lives of three generations of Irish-American women.
Years ago, Cliona--strong, proud, and practical--sailed for Boston, determined to one day come home. But when the time came to return to Inis Muruch, her daughter Grace--fierce, beautiful, and brazenly sexual--resented her mother's isolated, unfamiliar world. Though entranced by the sea and its healing powers, Grace became desperate to escape the confines of the island, one day stealing away with her small daughter Grainne.
Now Grainne, motherless at fifteen after Grace's death from breast cancer--is about to be taken back across the ocean by Cliona, repeating the journey her mother was forced to make years before. She goes to meet a father she has never known, her heart pulled between a life where she no longer belongs to a family she cannot remember. On the rocky shores of Inis Muruch, she waits for her father, and begins to discover her own sexual indentity even as she struggles to understand the forces that have torn her family apart.
In her first novel, Lisa Carey has crafted voices so real and passionate that they resonate within the listener long after the last words are heard.