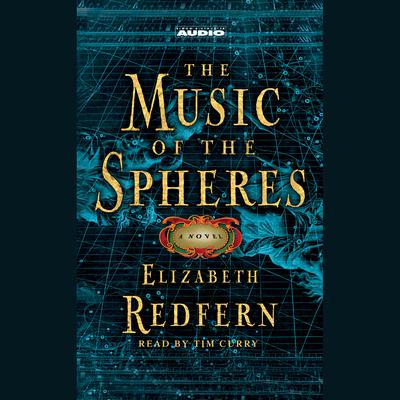 In the London of 1795, intrigue and death walk the dark streets. England is at war with its neighbor and nemesis, France, and espionage is rampant. It is the job of Jonathan Absey at the Home Office to catch these spies, but his mind is elsewhere, his dreams haunted by the still unsolved murder of his fifteen-year-old daughter on these same streets.
Desperately pursuing both investigations, he stumbles across a strange society of astronomers called the Company of Titius who are on a furious search of their own: to discover a long-lost star in the wide black sky. As he digs into their arcane world, their quest begins to merge with his own, and Absey finds himself discovering more than he had ever imagined -- not only about spies and murderers but also about celestial numbers and the making of codes; about passions as unnatural as they are obsessive; and about the bonds of family...and the lengths we will go to preserve them.
With The Music of the Spheres, Elizabeth Redfern emerges as an evocative and elegant writer of startling power, her gifts for characterization, atmosphere, narrative, and rich moral drama marking her as a new star in her own right.