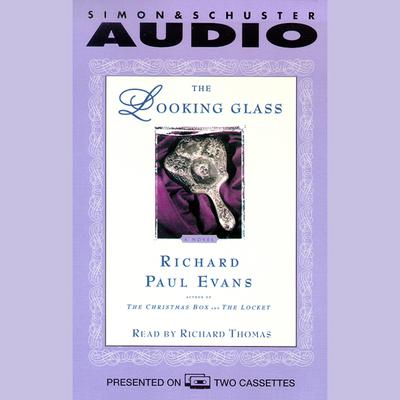 When I started to write The Looking Glass, I intended to create a story about the healing power of hope and love. But as this story developed, a message began to emerge that I had not foreseen, a message about the distorted mirror in which we view ourselves, binding ourselves with shackles of self-doubt and fear.
The Looking Glass is aptly named, for it is about seeing the reality of ourselves: to see a true reflection of who we are.
It is the story of Hunter Bell, a Presbyterian minister turned gambler, and the founder of a gold camp named Bethel. (Which you may remember was Esther's hometown in The Locket.) He is running from the bitter memories of his past, his ministry, and ultimately, from his God.
Venturing into a blizzard to chase away wolves drawn close to his cabin by hunger, Hunter finds a beautiful young woman in the snow, wounded by the wolves and half dead with the cold. Her name is Quaye McGandley, and she is an Irish woman sold into marital slavery to a brutal husband who then brought her to America against her will. As Hunter nurses her back to health, he finds that his tender ministrations to Quaye have opened his heart to his greatest fear -- that he might love again.
It is my hope that you, and those with whom you share my audiobook, might through its message better see the divinity within yourself and the reality of who you are worthy of love, gentleness, and grace.