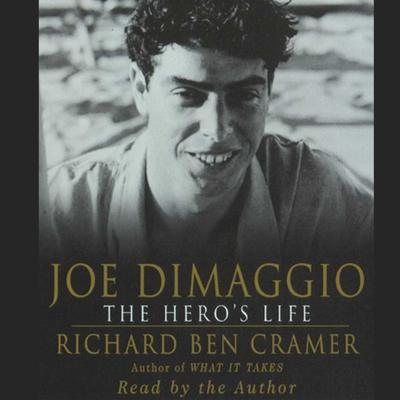 In the hard-knuckled thirties, Joe DiMaggio was the immigrant boy who made it big. He was the dominant star in the New York Yankees dynasty. As World War II loomed, Joltin' Joe launched a fifty-six game hitting streak -- and the nation literally sang his name. In the age of postwar ease and plenty, he became Broadway Joe, the icon of elegance and class -- marrying Marilyn Monroe, the most beautiful girl in America.
In 1962, when he lost that girl for good, Joe was everyman embarking on a decade of national bereavement. Joe DiMaggio was a mirror of our best self, but he was also the loneliest hero we ever had. A nation of fans would give him anything, but what he wanted most was to hide the life he chose.
In this groundbreaking biography, Richard Ben Cramer presents a stunning, often shocking portrait of the hero nobody knew. It is a story that sweeps through the twentieth century, bringing to light America's national game, movie stars, mobsters, as well as the birth -- and the price -- of modern national celebrity.
This is the story Joe DiMaggio never wanted to tell. It is the story of his grace and greed, his dignity, pride and his hidden shame.