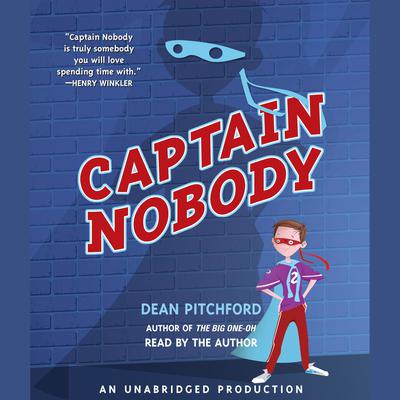 Newt Newman never thought he could be a hero. Growing up in the shadow of his football-star brother, Chris, Newt has a hard time even getting noticed by his own family. So when Chris is knocked into a coma during the biggest game of the season, as usual Newt becomes lost in the whirlwind of concern for his brother.

To get his mind off the accident, Newt’s best friends, JJ and Cecil, dress him up for Halloween in some of Chris’s old clothes, and in doing so create an unexpected new identity for Newt–Captain Nobody, defender of the little guy! His new alter ego brings Newt so much confidence that he steps into the role of the hero almost instantly. But when it comes to his brother’s recovery, will Captain Nobody come to the rescue in time?

With humor and penetrating insight, Dean Pitchford has crafted a lovably quirky cast of characters for the adventurous and touching story of a most unlikely champion. For anyone who’s ever felt like “the little guy,” Captain Nobody is the hero for you!