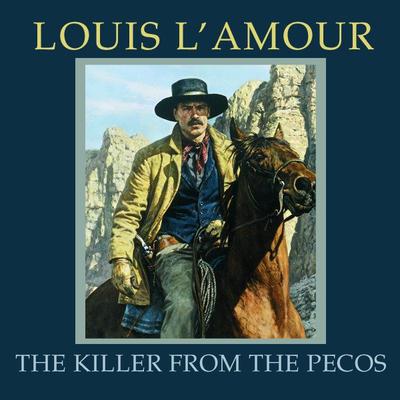 Louis L'Amour brings you the Wild West as you've never heard it before. This classic story, complete with a full cast, stirring music and authentic sound effects, sweeps listeners back to the rough and ready days of America's frontier, where a man had to live by his wits...and his gun. Death is no stranger to Almagre, a rough boomtown in which the local cemetery, Boot Hill, is almost as crowded as the saloons. Almagre had sprung up in just under two years with a silver strike, and in that short time, it had buried three town marshals.

Into this wild and bloody town rides Texas Ranger Chick Bowdrie, trailing a Pecos bank robber who left two men dead. All Bowdrie has to go on is an unconvincing eyewitness description, a name scrawled on a tattered post card...and his own skills as a master tracker. But it's his skill with a gun Bowdrie will need when he looks for answers in Almagre. For the town is gripped in a stranglehold by a ruthless cattle baron named Bonelli. To bring his quarry back, Bowdrie will pin on the marshal's star to face down Bonelli and his gunmen--in a town where a badge is a death warrant.