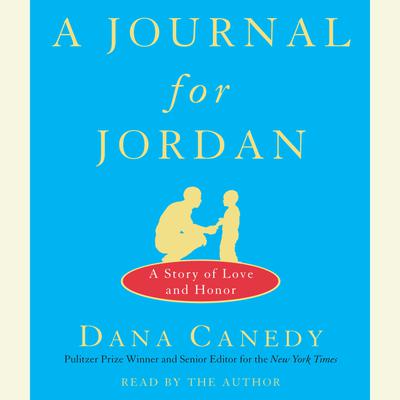 A Journal for Jordan - Abridged

A Story of Love and Honor

“Full of wonderful treasures offered by a unique and spirited father . . . written with serene grace: part memoir, part love story, all heart.”—James McBride, author of The Color of Water

In 2005, Dana Canedy’s fiancé, First Sergeant Charles Monroe King, began to write what would become a two-hundred-page journal for his son in case he did not make it home from the war in Iraq. He was killed by a roadside bomb on October 14, 2006. His son, Jordan, was seven months old.

Inspired by his example, Dana was determined to preserve his memory for their son. A Journal for Jordan is a mother’s fiercely honest letter to her child about the parent he lost before he could even speak. It is also a father’s advice and prayers for the son he will never know.

A father figure to the soldiers under his command, Charles moved naturally into writing to his son. In neat block letters, he counseled him on everything from how to withstand disappointment and deal with adversaries to how to behave on a date. And he also wrote, from his tent, of recovering a young soldier’s body, piece by piece, from a tank—and the importance of honoring that young man’s life. He finished the journal two months before his death while home on a two-week leave, so intoxicated with love for his infant son that he barely slept.

This is also the story of Dana and Charles together—two seemingly mismatched souls who loved each other deeply and lost each other too soon. A Journal for Jordan is a tender introduction, a loving good-bye, a reporter’s inquiry into her soldier’s life, and a heartrending reminder of the human cost of war.