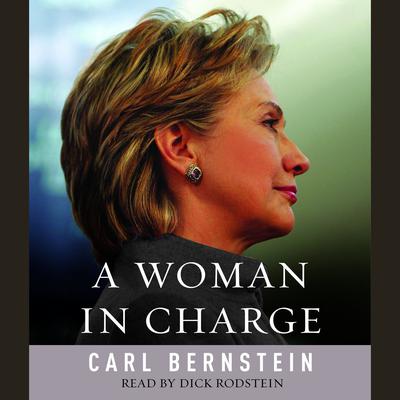 The Life of Hillary Rodham Clinton

Carl Bernstein’s stunning portrait of Hillary Rodham Clinton shows us, as nothing else has, the true trajectory of her life and career with its zigzag bursts of risks taken and safety sought. Marshaling all the skills and energy that propelled his history-making Pulitzer Prize reporting on Watergate, Bernstein gives us the most detailed, sophisticated, comprehensive, and revealing account we have had of the complex human being and political meteor who has already helped define one presidency and may well become, herself, the woman in charge of another.
In his preparation for A Woman in Charge, Bernstein reexamined everything pertinent written about and by Hillary Clinton. He interviewed some two hundred of her colleagues, friends, and enemies and was allowed unique access to the candid record of the 1992 presidential campaign kept by Hillary’s best friend, Diane Blair. He has given us an audiobook that enables us, at last, to address the questions Americans are insistently–even obsessively–asking about Hillary Clinton: What is her character? What is her political philosophy? Who is she? What can we expect of her?
As she decides to run for president, her husband now her valued aide, she has one more chance to fulfill her ambition for herself–to change the world.