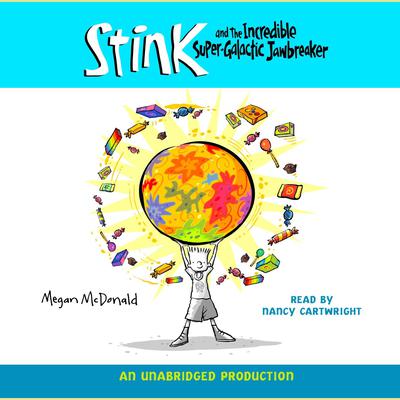 When Stink buys a mammoth jawbreaker that doesn't break his jaw, he writes a letter of complaint to the manufacturer — and receives a ten-pound box of 21,280 jawbreakers for his trouble! This unexpected benefit of acing the art of letter-writing in school sure gets Stink thinking. Soon Stink is so preoccupied with getting free stuff sent to him that he overlooks a scribbly envelope in the mail pile — until his best friend, Webster, starts acting standoffish and looks as mad as a hornet.

In this hilarious episode from Megan McDonald and Peter H. Reynolds, Judy Moody's shorter sibling truly comes into his own. As a delightful bonus for both teachers and kids, thirty-six common idioms — from "two heads are better than one" to "a leopard can’t change its spots" — are sprinkled throughout the story; seven of the idioms are humorously illustrated by Stink, and all are listed at the end to inspire a search for idioms that’s more fun than a barrel of monkeys. 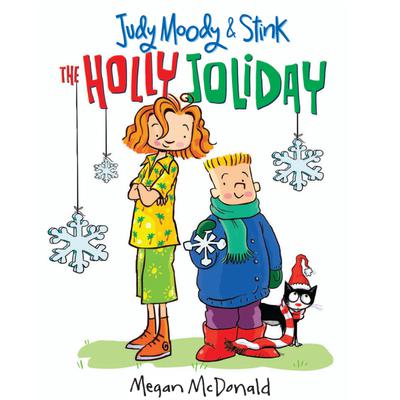 Judy Moody is making a list and checking it twice, but all her brother, Stink wants this year is snow. It hasn’t snowed on Christmas in Virginia in more than a hundred years, however, so what are the chances that that will change? Enter the new mailman, Mr. Jack Frost, who not only looks like a jolly old elf but also seems to know a lot about... Read more » 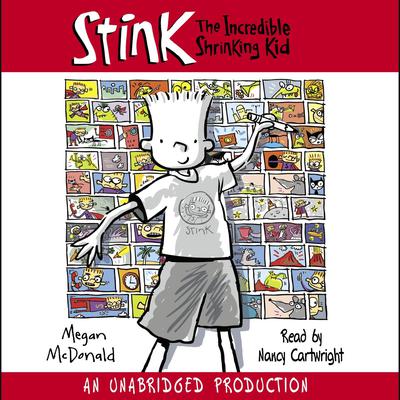 Every morning, Judy measures Stink, and it's always the same: 3 feet, 8 inches tall. Stink feels like even the class newt is growing faster than he is. Then one day, the ruler reads--3 feet, 7 and three-quarter inches! Can it be? Is Stink shrinking? Stink tries everything to look like he's growing, but wearing up-and-down stripes and... Read more » 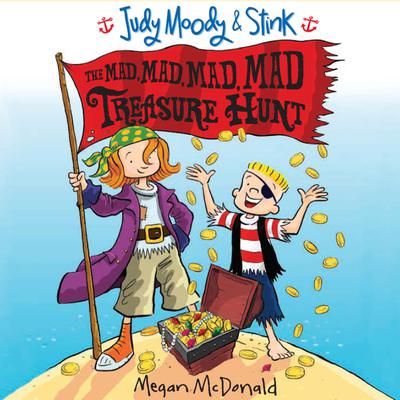 When the Moody family drops anchor on “Artichoke” Island, they are greeted by the mysterious Cap’n Weevil, a one-eyed buccaneer with a scraggly beard and a treasure map. Before you can say “Davy Jones’s Locker,” Stink and Judy are racing in search of gold. But they’re not the only salty dogs lookin’ for loot. Can Scurvy Stink and Mad Molly beat...

When Stink buys a mammoth jawbreaker that doesn't break his jaw, he writes a letter of complaint to the manufacturer — and receives a ten-pound box of 21,280 jawbreakers for... Read more » 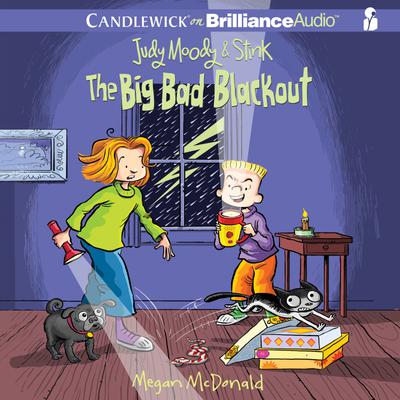 Hold on to your umbrella and stock up on marshmallows—Elmer is coming to town! Hurricane Elmer, that is. Whoooo!

Judy and Stink and the whole Moody family hunker down with beans and batteries, ready to wait out the storm. Along with massive rain and strong winds, Elmer throws down ghosts, squirrels, and aliens. Spooky! Just when things couldn’t... 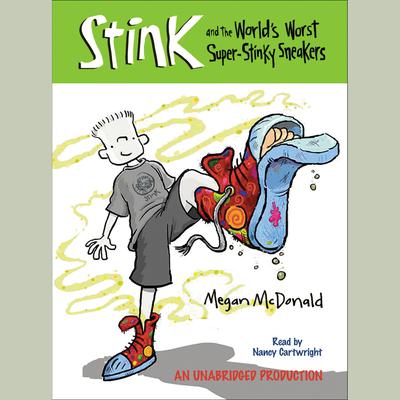 Stink and the World's Worst Super-Stinky Sneakers
When Stink goes to the Everybody Stinks exhibit at the science museum, he discovers that his nose has amazing sniffing abilities. Before long, he’s engrossed in toilet water, corpse flowers, and all things smelly, and he and Sophie of the Elves are set to go toe-to-toe in a stinky sneaker... Read more » 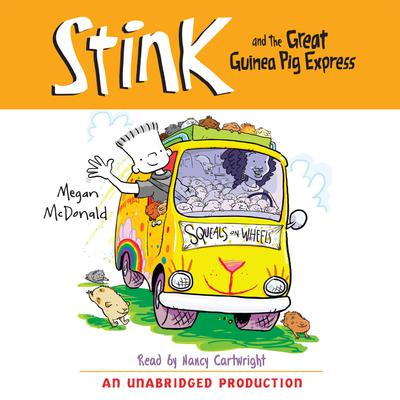 Stink and the Great Guinea Pig Express
When three guinea pigs from the local pet shop make a great escape, Stink Moody and his friends Webster and Sophie fly into action. The Fantastic Three round up the loose fur balls and bring them safely back to Mrs. Birdwistle’s shop, where they discover – ooh-la-la! – guinea pig pandemonium! But the... Read more » 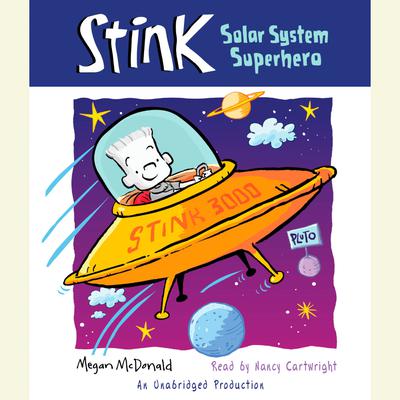 Will our humble hero, Stink Moody, be smart enough to defeat a panel of big-shot scientists and class  know-it-all Riley Rottenberger? For the answer to this burning... Read more » 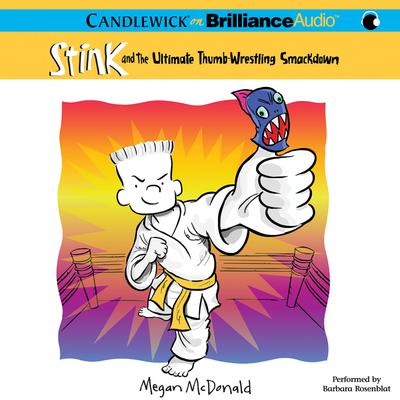 Stink and the Ultimate Thumb-Wrestling Smackdown

Yikes! Stink Moody, family brain, brings home a report card that isn’t perfect? Time to get into fighting shape and beat back that U for Unsatisfactory he got in Phys Ed (aka gym class)! For Stink to be victorious, he’s going to need the help of a Snake in the Grass, a Banana Split, and a Tsunami Smash, not to mention a Moose, a Dragon Master,... Read more » 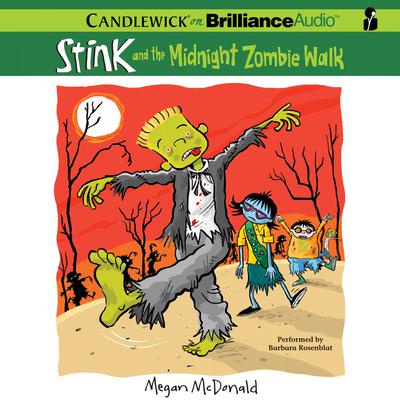 Stink and the Midnight Zombie Walk

Only one more week until Book #5 in the Nightmare on Zombie Street series comes out. When it does, Stink will be the first in line to buy his copy and join the town’s Midnight Zombie Walk!

Until then, Stink and his friends keep busy, working on zombie costumes and racking up points for the race to One Million Minutes of Reading. With all the talk... 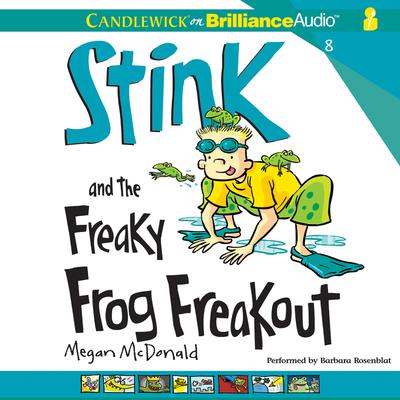 Stink and the Freaky Frog Freakout

Stink may be super smart and Stink may be uber-clever, but he just can’t seem to turn into a Dolphin. He’s been in the Polliwog swim class for what seems like frog-ever, and still can’t bear to put his face in the water. Then, one day, Stink has a close encounter with a freaky mutant frog. All of a sudden, his froggy senses are tingling! He has... Read more » 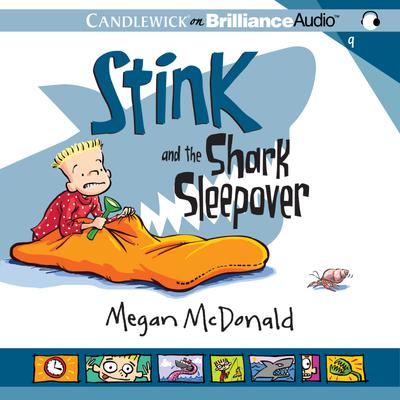 Stink and the Shark Sleepover

When Stink’s parents win tickets to an aquarium sleepover for the whole family, could it be science-freak Stink’s dream come true or his worst nightmare? He loves learning about sharks, but does he want to sleep in the same room with them? He’s nuts about gross stuff, but does he want go to bed thinking about the... 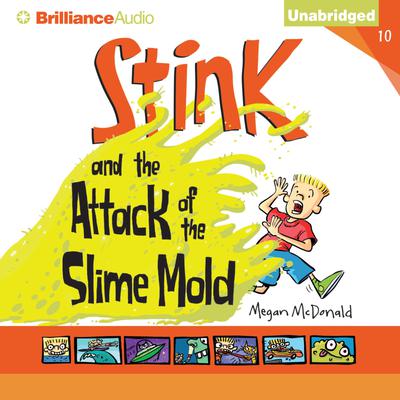 Stink and the Attack of the Slime Mold
Megan McDonald

Stink and the Attack of the Slime Mold

Aaagh! Crawl slowly for your lives! Stink kicks off his second decade with a super-funny homage to an oozy-goozy organism.

Glip! Glop! Gloop! What looks like dog vomit, smells like a corpse flower, and stars in one of the scariest movies Stink Moody has ever seen? Is it the Blob? The Glob? The Son of Glob? No, it’s...slime mold! Stink may be a... 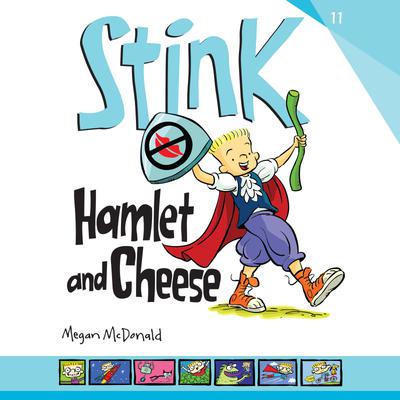 It's spring break, and Stink is faced with a difficult choice: hang out at home with his sister, Judy, or become a Shakespeare Sprite with his friend Sophie of the Elves. Hanged be! When Sophie tells Stink that...