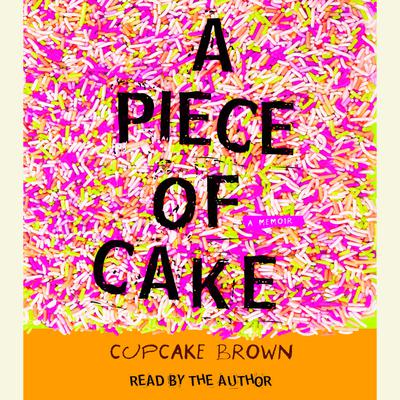 A Piece of Cake - Abridged

Eleven-year-old Cupcake Brown woke up on the bicentennial and found her mother still in bed. She struggled to wake her up, pushing and pulling until she managed to tug her mother's lifeless corpse onto her own small body, crushing her beneath its dead weight. After squeezing out from under her mother, Cupcake calmly walked over to the phone and called her aunt Lori. "Lori, my momma's dead."

Here is the threshold of a hell for young Cupcake. Rather than being allowed to live with the man she believed to be her father--who turns out to have been her stepfather--she is forced into a foster home where the kids were terrorized, the refrigerator padlocked, and Cupcake sexually abused. She eventually fled the house, only to find herself wandering from misadventure to misadventure in the "system," while also developing a massive appetite for drugs and alcohol, an appetite she paid for by turning tricks. She settled down in Los Angeles and found a home in the Crips, where she was taken in and befriended by gangsters like the legendary "Monster" Kody Scott. For the first time she found a family, but when Cupcake was blasted in the back with a 12-gauge shotgun, she was once more taken in by the system.

At 16, her stepfather reeneters her life and engineers an "emancipation," in which the courts declare her an adult and free her, finally, from the child welfare system. Cup takes advantage of her new freedom to start a drug-dealing operation with her stepfather, who also manages a stable of colorful prostitutes. Soon she meets a man, falls in love, and gets married. He convinces her to get a real job and learn to speak proper English--but he also abuses her and introduces her to crack cocaine. Cupcake flits from job to job, miraculously, given that she never fails to show up without some cocktail of narcotics floating in her system.

She hits rock bottom when, in desperation, she steals crack from her drug dealer. He beats her nearly to death, rapes her, and then leaves her body behind a dumpster. Cupcake wakes up days later, not sure of how she ended up in this state and from that moment begins to turn her life around. She was adopted by a lawyer who ran the law firm where she "worked," and slowly he assisted her in kicking the habit--with the help of an eccentric group of fellow addicts who became, at last, a family to her--and catching up on her education. With the support of her new family, she eventurally goes all the way to law school (although not without a few additional misadventures along the way) and joins one of the top law firms in the country.

Cupcake's story is an inspiring, at times hilarious, often distrubing, and deeply moving account of a singular woman who took on the worst of contemporary urban life and survived it with wit and a ferocious will. It updates classic memoirs like I Know Why the Caged Bird Sings and Makes Me Wanna Holler, and gives a bold and gritty spin to contemporary memoirs like Finding Fish. At the center of it, Cupcake is a charming and inspiring narrator through the inferno of her life.