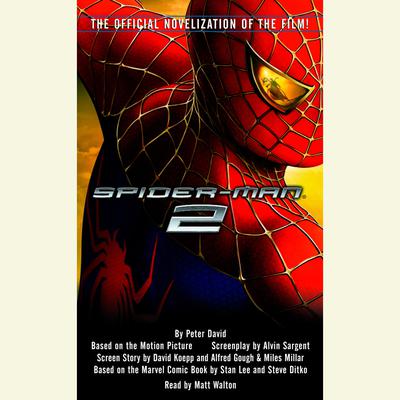 Follow the adventures of one of the greatest superheroes of all time in the official novelization of the major motion picture!

Two years have passed, and Peter Parker struggles to cope with the demands of life as a college student, a Daily Bugle photographer, and a crime-fighting superhero. But it hasn’t gotten any easier. Condemned by the press, tormented by secrets he can never reveal, forced to give up the girl of his dreams—at times the lonely burden of Spider-Man seems almost too great to bear . . . and the temptation to give up grows stronger by the hour.

Enter the archfiend Doc Ock, armed with a lethal invention powerful enough to destroy half the city. If Spider-Man tries to stop Doc Ock, he’ll be placing the lives of those closest to him in mortal danger. If he doesn’t, it could be the end of the Big Apple. With millions of lives hanging in the balance, high about Manhattan’s glittering skyline, Spider-Man confronts his destiny, his fiercest enemy, and himself.