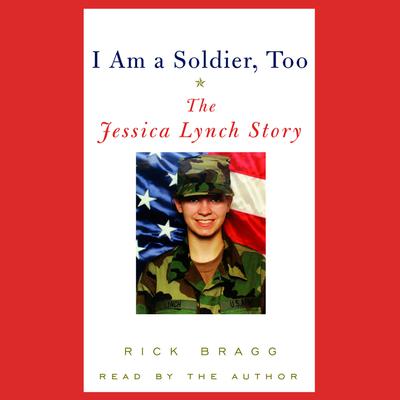 I Am a Soldier, Too - Abridged

On March 23, 2003, Private First Class Jessica Lynch was crossing the Iraqi desert with the 507th Maintenance Company when the convoy she was traveling in was ambushed, caught in enemy crossfire. All four soldiers traveling with her died in the attack. Lynch, perhaps the most famous P.O.W. this country has ever known, was taken prisoner and held captive in an Iraqi hospital for nine days. Her rescue galvanized the nation; she became a symbol of victory, of innocence and courage, of heroism; and then, just as quickly, of deceit and manipulation. What never changed, as the nation veered wildly between these extremes of mythmaking, was her story, the events and the experiences of a nineteen-year-old girl caught up in what was and will remain the battle of her life: what she saw, what she felt, what she experienced, what she survived.

I Am a Soldier, Too: The Jessica Lynch Story is the story this country has hungered for, as told by Lynch herself to Pulitzer Prize–winning author Rick Bragg. In it, she tells what really happened in the ambush; what really happened in the hospital; what really happened, from her perspective, on the night of the rescue. More than this, the collaboration between Lynch and Bragg captures who she is and where she’s from: her childhood in Palestine, West Virginia, a lovely, rugged stretch of land always referred to as the hollow, where she rode horses, played softball, and was crowned Miss Congeniality at the Wirt County Fair the same year the steer she raised took a ribbon. It reveals her relationships with her older brother, Greg Jr., also an enlisted soldier, and her younger sister, Brandi; with her father, Greg Sr., a forty-three-year-old truck driver who has at times worked construction, cut hay, cut firewood, hauled timber, hauled concrete, run a bulldozer, run a backhoe, cleaned houses, and dug graves; and with her mother, Deadra, a city girl from Parkersburg who moved to the hollow and met her future husband when he was eleven and she was nine. And it describes what happened to the Lynch family in the agony of Jessica’s capture and captivity; the terror and disbelief that cascaded through an entire town at the news of her disappearance into enemy hands; the joy of her rescue; and the long work of healing and recovery that lie ahead. Jessica Lynch has won the hearts and minds of Americans. In the hands of Rick Bragg, a renowned chronicler of American lives, her tale is told at last, with grace, and care, and astonishing candor.