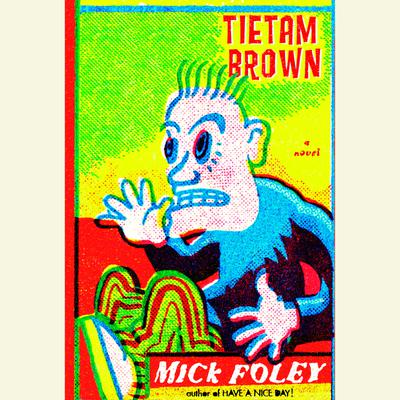 A remarkable debut novel—given extraordinary life by its amalgam of energy, raw authentic language, and, at the core, a surprising gentleness.

It is the work of the constantly amazing wrestler-writer Mick Foley, whose two volumes of autobiography, Have a Nice Day! and Foley Is Good, were each number one on the New York Times National Best-seller List.
It tells the story and speaks in the voice—at once innocent and too knowing for his age—of Antietam (Andy) Brown, named for the great-great-great- grandfather who died on that Civil War battlefield. Andy at seventeen is himself the veteran of a violent boyhood, having been locked up in the Northern Virginia Juvenile Detention Center for killing a teenager who attempted to rape him.

Associated by the town with his father’s coarseness, hectored by the boorish football coach and the coach’s pack of steroid-pumping teens, feeling himself losing ground, Andy is stunned to discover that the most popular girl in town is attracted to him. Terri, the homecoming queen, the school beauty, every boy’s dream girl, a born-again Christian, a really nice girl. Andy can’t believe it. He is immediately head over heels in love—first love—and determined to protect Terri from everything bad on earth. Worried that his father, even he himself, might contaminate her, and determined for her sake to discover what his father is, Andy begins to delve into the locked rooms and dangerous currents of the elder Tietam Brown’s past and present.
What happens is told in a novel that is appealingly direct, moving, and altogether pleasurable in its superb storytelling and celebration of the human spirit.