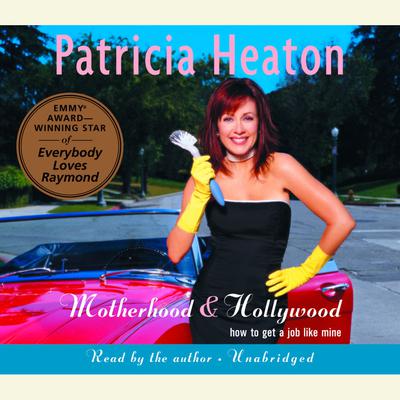 “The really important things in life are your family and friends. And what will people say about you at your funeral—that you won an Emmy once, or that you were a good person, kind and generous? Well, as for me, I hope it's the latter. And the fact that I recently commissioned an Emmy-shaped coffin just eliminates the need for anyone to bring it up.”

Everybody knows that Patricia Heaton plays the hilarious, wise, and tempestuous married-with-kids everywoman on Everybody Loves Raymond. What they might not know is that in real life she is married, has four boys under eight years old, and is just as funny offscreen as on.

Motherhood and Hollywood is Patricia Heaton’s humorous and poignant collection of essays on life, love, marriage, child-rearing, show business, having parents, being a parent, spousal rage, surviving fame, success, and the shame of underarm flab. She is warm, witty, and refreshingly irreverent.

Heaton grew up in suburban Cleveland, one of five children of devout Roman Catholic parents. Her father was a noted sportswriter for The Plain Dealer; her mother died suddenly and unexpectedly when Heaton was twelve. Love, fast food, and an unflagging sense of humor held the clan together and propelled Patricia on a showbiz career that began with hilariously nightmarish struggles in New York, eventually leading to a triumphant move to Los Angeles.

In Motherhood and Hollywood, Patricia Heaton pours out her heart and minces no words. She’s taking all prisoners for cookies and a glass of Jack Daniel’s and diet ginger ale. Laughter ensues.